Huntsville made national headlines last week, and not because of an execution or Sam Houston Bearkats football.

Rather, it was because of a few tweets.

The story, which was picked up by outlets ranging from SeattlePI.com to NBC News to the Huffington Post, was first reported by Lisa Trow of the Huntsville Item:

Walker County District Attorney David Weeks acknowledged last week that at-large council member Keith Olson — who faces Sam Houston State University student Kendall Scudder in the Nov. 6 election — and additional council members had complained to his office about the Twitter accounts and that he in turn engaged the Texas Rangers to investigate.

Weeks told Trow he turned it over to the Rangers to avoid the conflict of interest of having the Huntsville police department investigating something that involved its own city council.

As Trow, noted, eight of Huntsville’s nine council members have been parodied, including Olson (@FakeKeithOlson), mayor pro tem Don Johnson (@PhonyDonJohnson), James Fitch (@NotFitch), Tish Humphrey (@TishHumpMeHTX), and the almost too-perfectly-Internet named Clyde Loll (@LaughableLoll). (The Sam Houston statue, pictured above, also has a Twitter account, though it is not a parody).

The accounts vary somewhat in their level of activity, substantiveness, and style of humor, though even a casual reader can quickly surmise that the same person may be behind multiple accounts.

I rarely read, but when I do, I only read in 140 character phrases #whatbudget? #illiterate #StopReadingTwitterAndStartReadingTheBudget

“Anyone who would think for a minute that any of the public figures purporting to use these Twitter accounts actually is them is too dumb to breath [sic],” wrote Rich Heiland, a former Item publisher who now blogs at Staying Sane in Texas. “Though apparently not too dumb to serve in public office.”

While a spokesman for the Rangers told the AP’s Weber in an email,“the amount of time spent on this inquiry is a matter of hours so far,” Trow’s reporting still included several jarring details.

The person behind “Not Fitch,” Katie Newman, a former SHSU student and failed city council candidate, was hauled in by the Rangers this past August. (Newman’s own Twitter account is currently protected). As Trow reported:

Newman said she had no other motivation for initiating the account but to make political commentary.

“I’m interested in Huntsville politics and political satire. Fitch is an outstanding council member, and it had nothing to do with harming his character,” she said.

Newman said she [admitted to being behind the fake account] to Ranger Ron Duff of Livingston after he exerted intense pressure on her during an interview conducted in Huntsville in August.

Newman, 24, said Duff asked her why she “was interested in City Council,” why a young woman of her age would want to run for City Council, and if she thought the fake Twitter accounts satirizing council members were “nice.”

He also asked her what she thought “the punishment should be” for the administrators of the fake Twitter accounts.

“I said there shouldn’t be any punishment because they’re not illegal, and that’s when he got very, very testy with me,” said Newman, who said Duff “threatened (her) several times with the Walker County grand jury” if she did not supply the names of others who administered fake Twitter accounts.

“[W]hat the Texas Rangers did to former council candidate Katie Newman is raw, in-your-face intimidation designed to scare the bejesus out of anyone thinking of running against [establishment] candidates,” Rich Heiland wrote.

Fitch, who is also deputy chief of the University Police Department at SHSU, has taken the whole thing in stride.

“There’s got to be a certain amount of freedom of speech … I knew from the get-go that they were fake,” he told Trow.

But not Keith Olsen, apparently.

According to Trow, the Councilmember and local jeweler said subpoenas would be issued to identify the IP addresses associated with the parody accounts, and that if they turned out to belong to school-owned computers used by Sam Houston State students or members of the SHSU Student Government association, “he intends to pressure SHSU President Dr. Dana Gibson to punish, even expel the students involved.”

“I’m going to hold Dana Gibson’s feet to the fire to do the right thing,” Olson was quoted as saying.

However, Olson backed away from all those comments a week later, maintaining, Trow wrote, that they were “part of a private conversation he was having with the managing editor at Item offices.” (Trow is the paper’s managing editor).

Possibly worth noting: A fairly new parody account that Trow mentioned in her story, @OlsonMustache, is currently was briefly suspended.

According to Newman, Duff, the Texas Ranger, told her he was investigating the fake accounts under the state penal code statute for “Internet impersonation,” which, when done with serious intent, can be a third-degree felony.

University of Texas law professor David Anderson, a First Amendment expert (who, full disclosure, is a Texas Monthly contributing editor as the magazine’s own legal advisor), didn’t seem to think much of that strategy. According to the AP’s Weber, Anderson opined that:

…neither prosecutors nor the Rangers have “any business” investigating tweets if the content is simply parody or satire. He said that even a tweet implying that a council member committed domestic abuse — as one council member claims — would be a libel matter taken up in a civil lawsuit, not in criminal court.

“Can a Saturday Night Live skit or a Jon Stewart or Stephan [sic] Colbert rant be far behind?,” asked Heiland of Staying Sane in Texas. He continued:

Stay tuned folks. Given it’s national it now will be seen by the folks who make decisions on where to locate businesses, folks looking for places to retire, folks wondering where to send their kids to college. And, it’s being looked at by possible candidates to be the city’s next city manager.

What do you suppose those folks are thinking? Bet it’s not “wow, I think I’ll move my business there.” 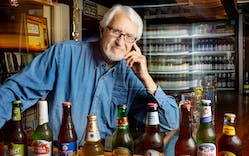 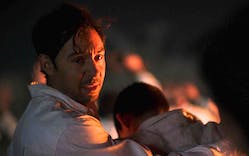