Lyndon Johnson’s johnson was called Jumbo. He named it that himself. As a friend of mine pointed out, in olives, at least, jumbo is not the biggest size. LBJ was nevertheless generous in displaying Jumbo—to women, of course, and to men as well. Like Walt Whitman, he might have said, “There is that lot of me, and all so luscious.” He was also unselfish with other bodily functions. In the full flush of his egotism, a toilet for LBJ was just another seat of power, and he routinely conducted business from his porcelain throne.

All these details of the body are part of the intimate portrait of our thirty-sixth president by Robert Caro in the third installment of his magnum opus, The Years of Lyndon Johnson (Alfred A. Knopf), which was launched in 1982. Subtitled Master of the Senate (the sobriquet is borrowed from that old phrasemaker Doris Kearns Goodwin), it weighs in at a whopping 1,040 pages of text, with an additional 141 pages of sources and notes.

For almost a decade Caro “owned” Johnson, but in the past ten years or so new claimants have come forward. Robert Dallek’s Lone Star Rising: Lyndon Johnson and His Times, 1908-1960 and Flawed Giant: Lyndon Johnson and His Times, 1961-1973 cover much of the same territory as Caro but in a less compelling narrative style. A frequent talking-head historian on cable TV shows, Dallek is a favorite among the considerable number of Johnson loyalists who live in Austin, while the redoubtable Caro, with his darker, more damning view of LBJ, is Mr. Non Grata in some parts of Texas. Historian Michael R. Beschloss, another familiar face from TV, is giving us the actual private words of LBJ in—so far—two volumes of oral history, Taking Charge: The Johnson White House Tapes, 1963-1964 and Reaching for Glory: Lyndon Johnson’s Secret White House Tapes, 1964-1965.

Thus Caro, whose new volume spans only twelve years, from Landslide Lyndon’s ascension to the Senate in 1949 to his departure in 1960 to serve as Jack Kennedy’s vice president, might seem to be lagging behind. But if Dallek gives us the measured facts and Beschloss the sound of LBJ the man, Caro still does the best job of creating a word picture of Johnson’s physicality, his dynamics of the bawdy. Often it isn’t pretty. Johnson devoted his whole life to attaining power, and to further his progress along the “path to power” (the author’s recurrent metaphor for Johnson’s life), he would, in Caro’s words, “let nothing stand in his way.”

Power, it seemed, always resided in older men, often lonely older men, and Johnson played the role of “professional son” to a degree that disgusted many of his contemporaries. His M.O. was always the same: to identify the most important person in any organization in which he found himself and then ingratiate himself with that person. After a session with an elderly senator, Johnson told John Connally, “Christ, I’ve been kissing asses all my life.” In the House of Representatives the object of his affection was the Speaker of the House, Sam Rayburn, and in his case, it was the Speaker’s bald dome that Johnson kissed. He told uncounted numbers of older, influential men that they were like a “daddy” to him and each lapped it up. In the Senate Johnson’s rapid rise to the top derived from his courtship of Richard Russell, of Georgia, another lonely bachelor. A subtext of Caro’s book is the degree to which flattery plays a role in the lives of successful public figures. No Renaissance courtier ever wooed a king or a queen more ardently than Lyndon Johnson wooed those who stood in a position to help him. Yet it must be said that Johnson had much to offer. There are toadies who are nauseatingly adept at flattery and whose abilities stop there, but Johnson impressed all the lonely, powerful men with his brains and charm, his political astuteness that rose to the level of genius, and his burning ambition.

Along with Johnson’s capacity to win influential friends, however, Caro reveals his willingness to be ruthless when it suited his goals. The example of Leland Olds is an instructive one. Now forgotten, Olds was the chairman of the Federal Power Commission and a longtime champion of the rights of the common man against the interests of power companies. In Johnson’s heroic fight to bring electrification to rural Hill Country Texans in the thirties, he was allied with Leland Olds. But in 1949, when Johnson saw an opportunity to do something for his oil-and-gas-rich backers in Texas, Olds, who favored regulating the price of natural gas, became a target. Johnson’s subcommittee hearings on Olds’s reappointment to the power commission turned into a commie smear job orchestrated by Johnson. During a break in the hearings, before Olds was turned down for reappointment and his life essentially ruined, the junior senator from Texas told him, “I hope you understand there’s nothing personal in this.…It’s only politics, you know.”

But of course that was just bull, because it was personal. For Lyndon Johnson the personal and the political were one and the same. Sometimes Johnson’s need for power required him to do bad things, and he did them. But sometimes a national good fell into alignment with his overweening ambition, and in those instances he shone.

The greatest of these moments—before Johnson assumed the presidency—occurred in 1956, when his desire to hold the highest office in the land coincided with the pressure building for a civil rights bill. LBJ had to escape the taint of being a sectional candidate; he had to cleanse himself of the odor of magnolias. Before this time, Johnson had been ideologically as lily-white as any son of the South one could name. His first major Senate speech began, “We of the South,” and many of his fat-cat supporters and political operatives were racist to the core. LBJ could use the n-word with the best of them, though as in other areas, he usually adjusted his rhetoric to fit his audience. He was so successful at camouflaging his feelings on issues that he was always fooling both conservatives and liberals into believing he was on their side. But there was always just one side: his own.

For decades the Southern bloc, led by Johnson’s carefully cultivated friend Richard Russell, had successfully thwarted all efforts by Northern liberals to pass anything that would alleviate the inequities and injustices of Jim Crow-ism in the eleven former Confederate states, of which Texas, of course, was one. But in 1957 Johnson crafted a compromise that would simultaneously lead to the passage of the first civil rights bill since Reconstruction and set the stage for his presidential campaign in 1960. Caro is eloquent on the moral necessity of a civil rights bill, devoting six chapters, almost two hundred pages, to the legislative genius displayed by Johnson in getting a bill passed. Even if the bill that was finally passed was only “a crumb,” as Hubert Humphrey said, at least it offered hope for the future, a promissory note that LBJ would himself redeem during the finest hours of his presidency, the passage of the 1964 and 1965 Civil Rights Acts.

Perhaps policy wonks will find all of the insider details about the Byzantine workings of the Senate as interesting and necessary as Caro seems to think they are, but for some readers, the first hundred pages, in effect a history of the Senate, make for a mighty slow start before Lyndon Johnson comes striding onto the scene. And some of the chapters add little to our understanding of the man we already know almost too much about. We know, for example, that he will do everything necessary to win, at whatever cost to his health or that of his subordinates, and we know that his buddies in Texas will deliver all the money he needs, when he needs it. Johnson liked greenbacks, and his devoted cronies, many of them movers and shakers in the Lone Star State, took envelopes and grocery sacks stuffed with cash on their trips to D.C.; they dared not leave home without it.

As a Yankee, Caro struggles manfully to get details about the sunny Southland right, but sometimes he stumbles. He says, for example, that one of LBJ’s favorite colorful expressions was to describe a hard rain as being like “a cat pissing on a flat rock,” when the saying, hardly unique to LBJ, refers to a cow, not a cat. Caro also seems to believe that the word “Nigra” was used by Alabamians as a synonym for the double-g word.

In the end, Caro is unable to plumb the depths of LBJ’s driven personality. He keeps going back to the childhood humiliations suffered by the boy Lyndon when his father experienced irreversible economic setbacks and to the grinding physical labor that Lyndon performed working on the hardscrabble land of the Texas Hill Country. Still, none of these factors explain why Johnson, in many of his personal dealings—with his wife, with his staff, with strangers, with anybody who irritated him or didn’t jump when he said “frog”—treated people so cruelly. Plenty of poor boys who became rich and successful, and whose upbringing was as hard as his, continued to deal decently with people. Not Johnson. He was a towering, often insufferable man, and yet he accomplished some great things, and to many of those who knew him, he possessed enormous personal charm and magnetism.

If Johnson’s defining passion was the pursuit of power, Caro’s is the pursuit of Johnson himself. And it will take him years to tell the rest of the story, through the vice presidency, the presidency, and of course, Vietnam—which alone may consume a couple thousand pages. Then there’s the return to the ranch, the building of the pyramid at the University of Texas, the death, the funeral. In the end, we will know more about LBJ than we do about ourselves. 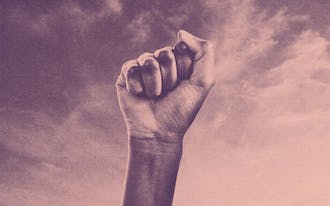