Laura Bush hit the campaign trail Sunday, stumping for Mitt Romney at a rally in a Detroit suburb, where some 450 people gathered to hear the former first lady’s speak at the “volunteer appreciation event” in Livonia, according to the Detroit News.

At the event, Laura paraphrased Ann Romney’s line from the GOP convention speech about the difficult problems America faces and the fact that “Mitt Romney and Paul Ryan have better answers” to those problems. She also told the crowd “George sends you his very best,” according to the Livonia Observer. “We’re doing great back home in Texas. …We’re living the after life in the state George calls the Promised Land.” (What, then, does Laura call it?)

The former president has been invisible this campaign season (after all, those oil paintings of Scottish Terriers aren’t going to create themselves) but his ghostly presence still looms large over the campaign, even though his name is “so seldom mentioned by his party’s nominee and other stalwarts as to take on the characteristic of a toxic distant uncle,” Jules Witcover opined in his column for the Baltimore Sun.

While the Republican Party seems to be sweeping the Bush presidency under the rug, the Obama campaign appears eager to keep 43’s legacy in the conversation. To that end, the president’s campaign recently released a new ad meant to encourage people to get out the vote by reminding Americans that a mere 537 votes in Florida decided the 2000 election.

“537. The number of votes that changed the course of American history. The difference between what was, and what could have been,” the ad says:

At NPR’s It’s All Politics, Padmananda Rama notes the spot, already running in Ohio, will air in the other big swing states of Florida, Colorado, Iowa, Nevada, New Hampshire, Virginia and Wisconsin.

“The ad appears to be the first time the Obama campaign has made a blatant reference to the 2000 recount in an ad, even using memorable images of election officials — and Broward County canvassing board member Judge Robert Rosenberg — analyzing ballots for hanging chads,” Rama writes. 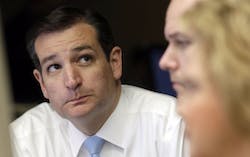 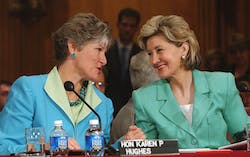 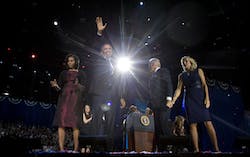