In 2012, Julián Castro was 37 years old, the mayor of San Antonio, and actively being groomed to be the Democratic party’s next Obama. When he was given the opportunity to keynote that year’s Democratic National Convention, the comparisons to the former Illinois state senator who quickly ascended to the top of his party were frequent and abundant. But the next several years did not result in an Obama-like rise. Instead, after his mayoral term, Castro served in a low-profile cabinet role under Obama, was briefly considered in 2016 as Hillary Clinton’s vice-presidential candidate, and declined to run for statewide office in 2018. This year, he launched his presidential bid to little fanfare.

But something unexpected has happened over the course of Castro’s campaign. It was on display in Tuesday night’s debate throughout the evening: Castro has quietly become the sort of leader that he was groomed to be seven years ago.

The highlight of the debate for Castro was an exchange (near the end, after a lot of the “who won/who lost” takes had already been written and filed) with Senator Michael Bennet of Colorado. Bennet was asked about whether he believes Congress should begin impeachment proceedings against President Trump. He voiced what’s become the standard argument against impeachment—that because the GOP-controlled Senate will assuredly vote to acquit Trump regardless of what the House finds, attempting to impeach him will lead to his reelection, as he’ll make the case to voters that he was fully exonerated.

Castro’s response flipped that conventional wisdom on its head: “What’s going to happen in the fall of next year, in 2020? Is he going to say, ‘You see? You see? The Democrats didn’t go after me on impeachment, and you know why? Because I didn’t do anything wrong. These folks who always go after me, when it came down to it, they didn’t go after me there, because I didn’t do anything wrong.'” Castro said. “Conversely, if Mitch McConnell lets him off the hook, we’ll be able to say, ‘Sure, we impeached him in the House, but his friend Moscow Mitch let him off the hook.'”

Castro on impeachment: "I really do believe that we can walk and chew gum at the same time. … I think that folks are making a mistake by not pursuing impeachment"

Bennet: "I don't disagree with that, you just said it better than I did" #DemDebate pic.twitter.com/HA3aEDLnrg

It was an argument that the crowd—those who were still paying attention in the debate’s third hour, anyway—was receptive to. But more than that, it led to a truly remarkable response from Bennet. In a debate that had largely felt like bickering, he simply acknowledged, “He said it better than I did” and concluded, “That’s what we should do,” essentially reversing his position on impeachment because of Castro’s persuasive argument.

Throughout the campaign, Castro has been impressive in what he’s put forward. He’s the only candidate to have a comprehensive plan for eliminating lead poisoning—a major issue in Flint, Michigan, near the debate site of Detroit—as well as indigenous rights and police reform. Not all of those ideas are going to move the needle in the campaign, but he’s tackling issues that no one else in the field is, and making a strong case for why he should remain in the race.

He’s likely to do that, too. The September debates will be the first to winnow the field, which will have the likely effect of ending the campaigns of a number of candidates—they can still run, but if they’re not on stage with the big kids, they’re pretty much out. To get there, candidates need to have doubled both the number of donors (from 65,000 to 130,000) and their polling average (from 1 percent to 2 percent). Those are both heavy lifts, and so far only seven candidates have done it: Biden, Warren, Sanders, Harris, Buttigieg, Booker, and the other Texan in the race, Beto O’Rourke. Castro is close, though, having already cleared the fund-raising goal, and pulling at least 2 percent in three of the four qualifying polls needed to make it to the stage in September.

None of this makes Castro more than a long shot to win the nomination, of course—but outside of the horse race, it does something else. It makes him a leader in the Democratic party, rather than leaving him the leader-in-waiting that he’s been since he first rose to prominence in 2012. If Castro convinced a sitting U.S. senator to change his mind on impeachment on live television on Wednesday night, it’s probably a safe bet that he persuaded a fair number of viewers at home, too. If he’s won the praise of a front-runner like Elizabeth Warren for his platform, then he’s already on the list of people who are shaping the ideas that will define the Democratic party in 2020 and beyond.

.@JulianCastro is right—no person is illegal, and our laws should reflect that. I admire his smart ideas on reforming our immigration laws. We should all pay attention to them. pic.twitter.com/1eAxavd9Yr

Castro’s political future has a question mark at the end—just like it always has. He may be an unlikely presidential candidate, but whoever does get the nomination would obviously want him on their VP shortlist. His prospects statewide are almost certainly stronger than they’d have been when he was known mostly for his next-big-thing reputation. And he is still running for president, with six months to go before anyone casts a ballot or does whatever it is people do at caucuses—he’s a long shot, but we might as well let people vote before we rule him out completely.

In any case, Castro’s second act has been something to watch. His initial rise to the national stage was based largely on style—as the young mayor of a major, oft-ignored city, he was easy to slot into the “next Obama” category regardless of what he said or did—and his subsequent time in political purgatory suggested that he wasn’t ready for the spotlight. But the substance of what he’s saying, doing, and putting out suggests that he sure seems to be ready for it now. 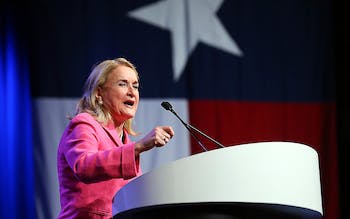 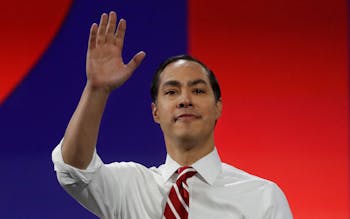 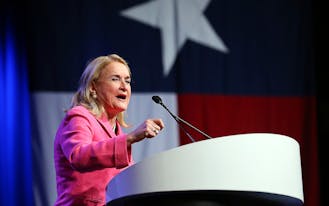 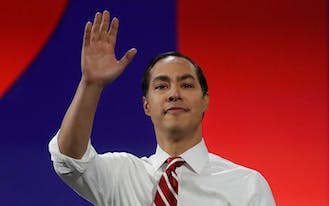 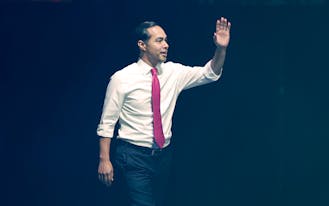