In the wake of Friday’s deadly school shooting in Connecticut, it was hard to find a major D.C. politician who was willing to go on the Sunday morning news shows and rally for gun rights.

But Louie Gohmert’s used to being lonely.

Yesterday on “Fox News Sunday” (video above), the U.S. Representative (R-Tyler) said that the massacre was an argument for more weapons in our schools, not less.

“I wish to God (the principal) had had an M4 in her office, locked up, so when she heard gunfire she pulls it out . . . and takes him out, takes his head off before he can kill those precious kids,” Gohmert said, as CNN’s Ashley Killough reported.

According to Alexander Bolton of The Hill, neither CBS nor NBC could scare up a devoted Second Amendment defender from the Senate.

“I think they’re more reluctant to talk about this than they are about raising taxes, when you come right down to it,” Face the Nation host Bob Schieffer of CBS told Bolton, while NBC Meet the Press executive producer Betsy Fischer Martin took to Twitter:

BTW, we reached out to ALL 31 pro-gun rights Sens in the new Congress to invite them to share their views on @meetthepress – NO takers.

Outgoing Texas Senator Kay Bailey Hutchison had actually been booked for Face the Nation, but pulled out–due to laryngitis rather than the topic of discussion, according to her office.

Enter Gohmert, last heard from on December 5 as the lone “no” in a 398-1 House vote to strike the word “lunatic” from federal statutes.

“Every mass killing of more than three people in recent history has been in a place where guns were prohibited…except for one,” Gohmert asserted. “They choose this place. They know no one will be armed.”

This was not new territory for Gohmert, who made the same argument after last summer’s Aurora, Colorado shootings. But as Ben Armbruster of Think Progress noted, Mother Jones recently did a two-month survey of 62 shootings over the past 30 years, finding that:

In not a single case was the killing stopped by a civilian using a gun. Moreover, we found that the rate of mass shootings has increased in recent years—at a time when America has been flooded with millions of additional firearms and a barrage of new laws has made it easier than ever to carry them in public. And in recent rampages in which armed civilians attempted to intervene, they not only failed to stop the shooter but also were gravely wounded or killed.

“I was born and raised in Tyler. So naturally I’m proud to see my East Texas city in the news,” Blow, who was unable to get an interview with Gohmert, wrote.

But there’s one mention that almost always makes me cringe. It’s whenever I see a news story with the words: “. . . said U.S. Rep. Louie Gohmert, R-Tyler.”

Gohmert has become a regular on the Fox News Channel, where he can be counted on to say something not just conservative, but borderline kooky.

That said, the Congressman is hardly in extreme company in Texas. Land Commissioner Jerry Patterson, an already-declared candidate for Lieutenant Governor in 2014, made the same argument mere hours after Friday’s shooting. As Robert Stanton of the Houston Chronicle reported:

“The common denominator for the school shootings in Aurora, Columbine and Virginia Tech is that we have a target-rich environment,” said Texas Land Commissioner Jerry Patterson. “You have a shooter that is completely free to go about his sick fantasy. We need to do what it takes to change that.”. . .

“Had there been (armed security guard and citizens) in Colorado, at Virginia Tech or now in Connecticut–someone that could have changed the dynamic and to do so by having a firearm–there would be fewer lives lost.”

At Time, Tim Padgett gave the matter sincere consideration, even as he wrote that he was doing so only because “we lack the national spine to confront the gun lobby.” He continued:

I’m certainly disturbed when politicians–like U.S. Representative Louie Gohmert of Texas, who this weekend suggested that Hochsprung should have “had an M-4” rifle in her office–propose that teachers pack heat. Then again, the only alternative we might have at this point is to post the educational equivalent of an armed air marshal in every school. Why shouldn’t my wife and her second-graders enjoy the same peace of mind that I and my fellow airline passengers do?

Saturday, Bill Miller of the Fort Worth Star-Telegram wrote about the only school district in Texas that is publicly known to allow its staff members and teachers to carry concealed weapons: Harrold, which is about 150 miles northwest of Fort Worth. It has one school with about 110 teachers, located at least 20 minutes from the nearest county sheriff’s station.

The policy got a lot of attention when it was first instituted in 2008.

“Besides special locks and security cameras, an undisclosed number of staff members and teachers carry concealed handguns,” Miller wrote. “Harrold school officials do not announce which teachers are “packing” and those participating must have proper concealed carry licenses. They must also be approved by the school board to carry on school grounds.” 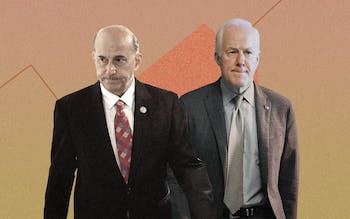 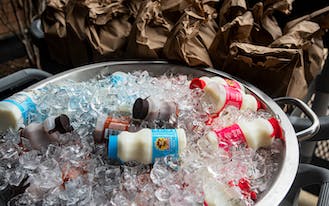 Where Will Vulnerable Texas Schoolchildren Find Their Meals During Coronavirus?