If only everyone agreed on immigration, cartel violence, and free trade as surely as they did on this: the first debate of Mexico’s 2012 presidential election was won by the model hired to assist with the random drawing to determine which candidate would talk when.

As E. Eduardo Castillo of the Associated Press wrote:

Who won Mexico’s presidential debate? According to the media and Twitter frenzy, at least, the victor wasn’t any candidate but a curvaceous model in a tight gown who puzzled millions by appearing on stage for less than 30 seconds during the showdown.

Julia Orayen has posed nude for Playboy and appeared barely dressed in other media, but she made her mark on Mexican minds Sunday night by carrying an urn filled with bits of paper determining the order that candidates would speak.

Not that viewers were looking at the urn.

She wore a tight, white dress with a wide, tear-drop cutout that revealed her ample decolletage. The image was splashed across newspaper front pages and websites by Monday.

The AP also reported that New Alliance Party candidate Gabriel Quadri told MVS Radio, “It is impossible not to concentrate your attention on a woman so spectacular.”

“Orayen’s butt derailed the debate entirely,” wrote Maureen O’Connor of Gawker. You can almost see it happen in this video:

Castillo also reported that Orayen said the production team gave her instructions to wear a long, white dress, but she picked it out from her own closet. “It was my only choice for a long dress. I didn’t think it would reveal as much or cause this much scandal,” she said. “I learned I like myself better when I’m covered up.”

As Reuters reported, the the Federal Electoral Institute (IFE) “later issued a statement apologizing to the citizens of Mexico and the candidates for the ‘production error associated with the dress of an assistant.'” 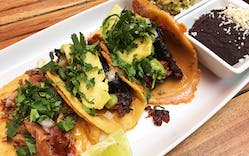 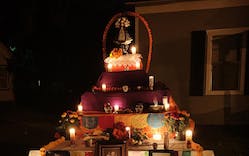 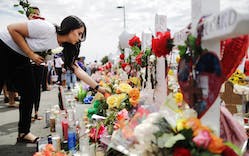