While President Barack Obama received a slight bounce in national polls in the wake of the Democratic National Convention, in Texas that bump appears to have been minimal to nonexistent. A new poll shows Mitt Romney maintaining a 55 to 40 lead over Obama in the state.

These numbers track closely with the results in the 2008 election in Texas, when John McCain scooped up 55 percent of the vote to Obama’s 44 percent, pollster Chris Perkins told the Texas Tribune‘s Jay Root. “I thought the Obama number would be a little better,” Perkins said.

Minorities strongly favored Obama, with 66 percent of Hispanics and 90 percent of blacks. But, as Root wrote, “Romney’s lead over Obama among white voters in Texas is nothing short of overwhelming — 77-17 percent in the survey — which helps to explain why Republican candidates are maintaining their electoral advantage here even as the minority population explodes.”

Romney also did well among independent voters (53 percent) and men over 55 (65 percent). Younger women favored Romney 58 to 37, but a slim majority of women over 55 said they support the president. Every major metropolitan area in the state leans towards Romney, except for Austin, where 58 percent of those polled backed the president.

Only sixteen percent of those polled self identified as liberal, whereas a full fifty percent said they were conservative (32 percent said they were moderates.) These numbers seemed to track with what James Henson, director of UT-Austin’s Texas Politics Project and Texas Tribune pollster, has seen in the past. “The likely voter pool in Texas now is pretty breathtakingly conservative,” Henson told the TM Daily Post.

“The Republicans have really become dug in about their negative views of Obama, which is likely going to increase some turnout against him, I suspect,” Henson said.

According to Henson, the last University of Texas/Texas Tribune poll, conducted in May, showed likely voters favoring Romney with 55 to 35 percent.

(Curious how different pollsters determine who is a “likely voter”? Joshua Blank unpacked at the Texas Tribune in March.) 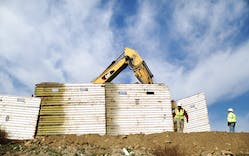 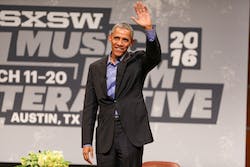