Why Bush’s tax cuts are in trouble.

President-anoint George W. Bush has adopted a Rose Garden strategy as the front-runner for the Republican presidential nomination that justifies ducking GOP rivals and the media by saying he has to concentrate on doing his job as governor. But this game plan works only if the job at hand is getting done. And right now, it isn’t. As the Legislature began the post-Easter home stretch, the governor’s plan for cutting local property taxes by $2 billion—a credential vital to his presidential prospects—was in deep trouble. Here’s what went wrong and what lies ahead:

Bush made a commitment to cutting taxes during his reelection campaign and reiterated it in his State of the State address without lining up the support of key leaders in the Democrat-controlled House of Representatives, including Speaker Pete Laney and public education committee chair Paul Sadler. Once renowned for his personal massaging of legislators, Bush has insisted this session that lawmakers work with staffers instead. A line heard around the House is “You can get in to see him, if you’re from Iowa”—a reference to Bush’s hosting out-of-state delegations urging him to run for president.

When his 1997 bid for property-tax reform failed, lawmakers allowed the governor to save face by increasing the homestead exemption for homeowners, allegedly reducing local property taxes by $1 billion. This turned out to be a mirage, because local authorities raised either (a) their tax rates or (b) their property valuations or (c) both. Taxpayers didn’t notice the cuts because their tax bills didn’t go down. Legislators have been through this before, and they aren’t enthusiastic about a tax cut that doesn’t result in lower tax bills.

Bush has spent almost three years trying to persuade the public to care about high property taxes. There are no signs of a property-tax revolt. Poll after poll, however, shows the voters’ concern for education. The legislative session has come down to a single fight—tax cuts versus education—and the governor finds himself opposing the very thing he has built his reputation on. Among the issues that House Democrats say must be addressed before tax cuts are an increase in teacher pay, additional funding for school districts financially pressured by fast growth or oil price declines, and equity aid to keep the school-finance system constitutional.

And this list doesn’t even include the cost of the governor’s laudable program to end the social promotion of school children who can’t read at their grade level. (Not surprisingly, Democrats think that the governor is lowballing its cost.) If all of this is done, there will be little money left for tax cuts.

So what’s a poor governor to do? He can go the face-saving route, hoping that comptroller Carole Keeton Rylander, who determines how much money the Legislature can spend, will find some extra revenue at the end of the session that can be used for a tax cut. The cuts are more likely to target sales and business taxes than property taxes, however. Or he can call the Legislature back into special session and insist on property-tax cuts, a huge gamble that will take place in the spotlight of presidential politics and from which he has no exit strategy. Oh, well, it will be good practice for dealing with Kosovo. 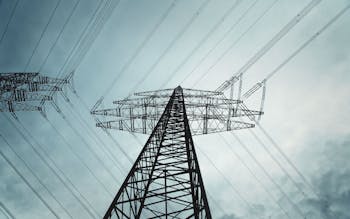 Electric Deregulation Is Working in Texas, Says Lawmaker Who Led the Effort 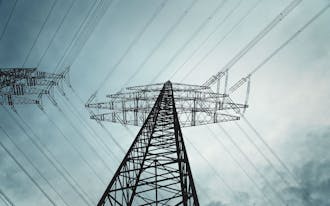 Electric Deregulation Is Working in Texas, Says Lawmaker Who Led the Effort

An Unstable Economy Is Not the Time for Tax Cuts.