Last week, the White House announced that President Barack Obama would undertake a series of “Middle Class Jobs and Opportunity” tours around the country. “He will visit these places to learn what has helped them become successful and use these models of growth to encourage Congress to act,” a White House spokesman told reporters over the weekend.

People in these parts might naturally have nominated Texas as a logical stop on the tour. While Texas has its strengths and weaknesses, no state has had more success at creating jobs during the Obama years than this one has. But as it happened, no one had a chance to put Texas forward: the White House itself had already decided that central Texas should be first on the list, and so on Thursday, Austin and Manor had the chance to host the president for about five hours—a jam-packed afternoon that began with a quick meet-and-greet on the tarmac at the Austin airport, and saw Obama paying quick visits to students at Manor New Tech High School, engineers at Applied Materials, entrepreneurs at Capital Factory, and regular Texans/barbecue fans at Stubb’s.

It was slightly surprising news, not because Austin is an odd choice—it’s not—but because Texas has so often been cited as the counterexample to much of what the Obama administration wants to do. For Obama to come to Texas, then, is an acknowledgment of the state’s strengths, if not exactly a concession to his critics—although some of his critics, inevitably, saw it that way, and took to Twitter to offer free advice, under the hashtag #ObamaShould. (“Come and take it @BarackObama! No really, come & take a page out of our economic freedom playbook. #ObamaShould“)

Governor Rick Perry, who had been at the airport to greet Obama on arrival, hung around after the motorcade departed to talk with reporters. He and the president hadn’t, he said, had much time for an in-depth chat. “It was pretty much a quick, appropriate, welcome to Texas conversation,” he said. But since someone asked, the governor did offer a few thoughts on Obama’s jobs program. “Listen, the president’s probably got some good ideas,” said Perry, before explaining that they nonetheless have a “philosophical disagreement” about the government’s role in job creation and economic development.

“He believes that government needs to be the generator of the dollars that flow in to the economy,” said Perry. “I don’t. I believe that it’s the private sector that needs to be freed up from overtaxation, overregulation.” Texas’s outsized economic success, he continued, is evidence that setting aside the philosophical discussion, Texas’s approach is the one that works.

When it comes to job creation, though, the president and the governor do have some common ground; both support the occasional public investment in economic development. The White House recently announced an initiative to that effect: the federal government will commit some $200 million to create three “Manufacturing Innovation Institutes,” and Obama has called on Congress to find $1 billion to be used to create 15 billion more. It’s an intriguing idea, and a Texas-y one; although state leaders talk about taxes and tort reform more than incentives and subsidies, they have made plenty of use of the latter.

Texas Monthly will have a report on the rest of Obama’s visit tomorrow. 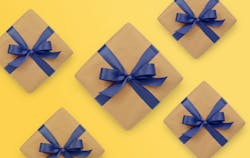 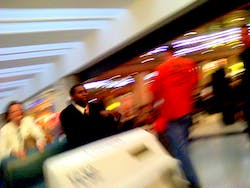 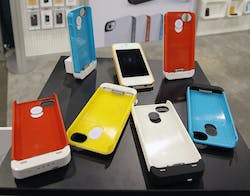