Modern presidencies are defined by images. Consider the shot of LBJ alone with his head down, agonizing over a recording made by his son-in-law, who was serving in Vietnam. Or Richard Nixon after his resignation, waving defiantly in front of a helicopter that would whisk him away from the White House. This month marks the one-year anniversary of George W. Bush’s return to private life in Dallas, and this picture, taken by Luke Frazza on the ranch near Crawford on August 23, 2004, perfectly captures a particular aspect of his administration. It was calculated, in fact, to do so. Bush had hoped that his time in Crawford—cutting brush, riding mountain bikes, leaning against a fence post—would help communicate his style of leadership: rugged, determined, supremely capable, and infused with a kind of Western resilience. As he approached reelection, it was still possible for him to project the confidence that emanates from this picture (not so much four years later, when his disapproval rating hit 71 percent). Indeed, in his acceptance speech at the Republican National Convention, less than two weeks after this photo was taken, he remarked, “Some folks look at me and see a certain swagger, which in Texas is called walking.”

Though the image shows Bush gazing forward with his trademark grin, today the president is more apt to be looking backward. His administration may have been criticized for being one of the most secretive in history, but many members of his inner circle are writing books about their experience. Karl Rove will publish his memoir, Courage and Consequence, in March. Former first lady Laura Bush will follow in May with a book titled Spoken From the Heart. Former attorney general Alberto Gonzales, who now teaches at Texas Tech University, is about halfway finished with a memoir of his own. And the projects don’t end there. All the individuals in this photograph are working on or have already published memoirs. They may be out of office, but Bush and his team clearly believe there is plenty left to say. BRIAN D. SWEANY

Rice, who has returned to Stanford University and the Hoover Institution, is working on a trio of books for the Crown Publishing Group. The first, a memoir of her years in the Bush White House, is expected in the fall of 2011.

Cheney has established himself as an ardent defender of Bush’s policies and an outspoken opponent of the Obama administration. He is writing a memoir that will be published in 2011 by Threshold Editions, the same imprint of Simon & Schuster that will release Rove’s book.

Bush plans to open the George W. Bush Presidential Center, on the campus of Southern Methodist University, in 2013. He is working on Decision Points, a memoir that will be published this fall by Crown.

Rumsfeld spent one year at the Hoover Institution and now serves on its task force on terrorism. His book will be published by Sentinel, an imprint of Penguin Group, later this year.

Barney is not working on a book.

Chairman of the Joint Chiefs of Staff
General Richard B. Myers

Myers teaches military history part-time at his alma mater, Kansas State University. His memoir, Eyes on the Horizon, was released by Threshold Editions in March 2009. 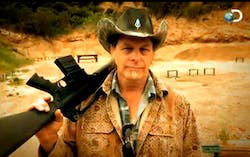 No More “Ted Nugent’s Gun Country” on the Discovery Channel 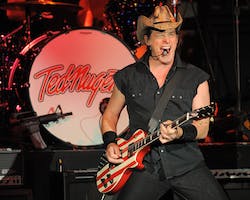 The Secret Service Will Be Visiting Ted Nugent

“Read My Lips: No New Texas”