Eight days after the Supreme Court heard testimony on Texas redistricting, a different part of the case went to yet another court. This time a three-judge panel in federal court in Washington, D.C., began hearing testimony as to whether they should give “preclearance” to the maps drawn by the Eighty-second Legislature.

Specifically at issue are whether the maps drawn up by the Texas legislature comply with federal Voting Rights Act, and thus should not be “precleared.” Lawyers for the state maintained that the Texas legislature used a “fair and open” process to draw up the maps. “There’s partisanship in Texas . . . but Democratic members had enormous influence” argued Adam Mortara, an attorney representing the state, according to the Associated Press.

One staffer who came up with the maps for Texas Speaker of the House Joe Straus assured the judges that he kept fairness in mind when drawing up the maps. “The goal was to have map that would meet legal scrutiny,” Gerardo Interiano testified.

According to Maria Recio of the Fort Worth Star-Telegram, the outcome of the trial is especially important to the Supreme Court:

Several Supreme Court justices signaled that they wanted to know the decision on “pre-clearance” of the map under section 5 of the Voting Rights Act by the D.C. panel before deciding the outcome of the interim maps for the 2012 elections that were drawn by another three-judge panel in San Antonio.

Testimony is expected to continue for two weeks and a ruling is expected in early February.

Jurisdictions required to get preclearance under section 5 of the Voting Rights Act more typically choose to submit proposed maps to the Justice Department for administrative review – an alternative route generally thought of as more expeditious.But this year, Texas has chosen, for the first time in its history, to place the fate of its maps wholly in the hands of the D.C. court.

(Li’s post continues with a handy rundown of what to expect from the trial.)

In a Monday editorial, the Dallas Morning News (sort of) weighed in on the redistricting mess, concluding that again rescheduling the Texas primaries are a “small price to pay” for ending up with “a fair map.” 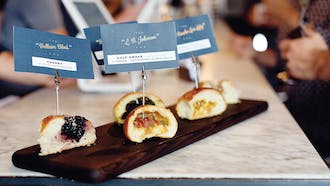