Katy’s not the only Perry going through a shocking breakup: Erick Erickson of RedState, the conservative blog which gave Rick Perry a platform to announce his presidential campaign at its August “gathering” in South Carolina, is now calling for the governor to leave the race before that same state’s primary on Saturday.

Erickson argues that the Perry could regain some of his lost political capital (both nationally and back in Texas) if he would step aside and endorse former Speaker of the House Newt Gingrich, thereby making Gingrich the most credible conservative alternative to former Massachusetts governor Mitt Romney.

As Erickson notes, Gingrich even wrote the introduction to Perry’s book Fed Up!, and “is the only other candidate in the race emphasizing that business as usual in Washington is not acceptable if the nation we love is going to survive.”

If Rick Perry stays in the race, conservatives opposed to Mitt Romney will be legitimately able to blame Rick Perry for dragging down either Newt or (Rick) Santorum . . .

Rick Perry’s campaign has come to an end. But he could leave on an unexpected high note — helping conservatives unite around one not-Romney in a way no one else has been able to.

Gingrich himself has said that a vote for either Perry or Santorum is like a vote for Romney, but that if both dropped out, he would not only defeat Romney in South Carolina, but he could get the nomination.

As the Houston Chronicle‘s Patricia Kilday Hart noted, conservative commentator Laura Ingraham joined the chorus when she tweeted, “It’s time for Rick Perry to drop out of the race — he is only helping Romney by splitting the vote.”

The campaign isn’t having any of it, however. “Pundits aren’t going to decide this race. The people of South Carolina are,” Perry spokesman Mark Miner told Fox News.

As our own Paul Burka noted Wednesday night, the Perry campaign also sent out a cheerfully exuberant fundraising email with the subject, “PERRY COMMITS BEYOND SOUTH CAROLINA!!! We’re in for the long haul, folks!”

“Perry is still at 6% in South Carolina,” Burka wrote. “He is going to finish last again. If he goes on to Florida, he will finish last there. What is the compulsion that drives him to hang on?”

Perhaps one answer can be found in this Twitter exchange between Erickson and a firm Perry supporter:

@EWErickson Your realism is not mine. God & Perry will decide what is best for him. Not up to U to decide. U may done urself in. w/article

In a follow-up column this morning, Erickson reiterated his fondness for the governor:

He remains the best qualified man to be President. I would be thrilled to have him as my President. But he is polling in last place and there are three days to go. It isn’t going to happen. 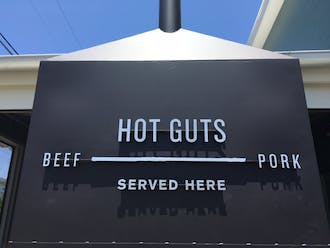 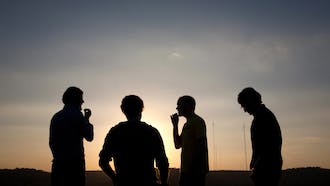 A Handy Guide to the Major Texas Newspaper Endorsements