Rick Perry appears not to have learned his lesson from the infamous “oops” moment that tanked his campaign. When asked by a Savannah radio host Friday morning about which federal departments he would ax, Perry swapped out the Department of Education, his regular whipping boy, for Department of the Interior.

“Three right off the bat, you know, commerce, interior and energy are three that you think,” Perry told Bill Edwards of WTKS Radio.

“Oops he did it again,” ABC News‘s Arlette Saenz wrote of Perry’s latest gaffe. In the Texas Tribune, Jay Root noted that later in the morning, Perry advocated paring back the department instead of completely scuttling it. “I talked about the Department of Interior this morning, an agency that we need to either consolidate or truly rework,” Perry said. 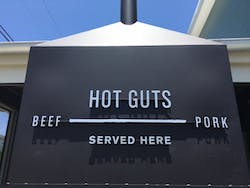