This article was updated on Tuesday, April 23, at 11:40 a.m. to reflect that MJ Hegar has announced a bid against Senator John Cornyn.

Drawing a lesson from last year’s near loss by incumbent Senator Ted Cruz to Democratic challenger Beto O’Rourke, Texas’s senior senator, John Cornyn, has declared several times that he will not underestimate any potential opponent to his re-election next year. He’s certainly been stocking his war chest like a candidate who expects a bruising fight.

In the first quarter of 2019, Cornyn raised more than $2 million, giving him more than $7.5 million cash on hand—the most of any incumbent U.S. senator seeking re-election next year, a spokesman said. His campaign has hired John Jackson, who managed Governor Greg Abbott’s successful bid for re-election last year, as well as Steve Munisteri, a former chairman of the Republican Party of Texas and a former White House aide.

Cornyn seems to be goading a number of prominent Texas Democrats into taking him on. On Monday, his campaign wrote in an email to his supporters about Senate Democratic Leader Chuck Schumer’s reported efforts to recruit former congressional candidate MJ Hegar to challenge him. Hegar narrowly lost last year to incumbent U.S. Representative John Carter, R-Round Rock, but came to be seen as something of a rising Texas Democratic star in the process, thanks largely to a campaign video of hers that went viral.

“As you know,  and other party leaders in Washington are targeting Texas as part of their effort to win back control of the U.S. Senate,” Cornyn’s campaign email said. “It’s clear that Schumer and the DC Democrats want to clear the field so he can handpick his candidate and avoid a contested primary.”

By Tuesday, Cornyn got his wish. In a nearly four-minute video that reprises her viral “Doors” video, Hegar said she’s running to remind “Big John”—Cornyn’s self-given nickname—that “weakness, partisanship, gridlock … aren’t Texas values.” Hegar’s bid also puts the spotlight on Congressman Joaquin Castro, D-San Antonio, who’s considering a run for Cornyn’s Senate seat. In a statement, Castro praised Hegar for her announcement, but was coy about his plans. “[T]he era of uncontested primaries in Texas is over,” he said. “Every candidate in this race has announced on their own timeline and is making their own case to the voters of Texas.”

One Democratic officeholder who asked that his name not be used speculated that the Cornyn campaign was trying to ensure a contested Democratic primary, which would cost money and goodwill leading into a general election.

Cornyn’s email further declared his campaign’s intentions of “keeping a close eye on the field and taking nothing for granted.” It touted Castro and Houston Councilwoman Amanda Edwards as other potential challengers. A source familiar with Castro’s thinking told Texas Monthly in March that the San Antonio Democrat was “all but certain” to enter the race. Edwards told Politico that she’s considering a bid, and that Hegar and Castro’s decisions wouldn’t influence hers. “A Harvard Law School graduate, Councilwoman Edwards has already drawn interest from powerful progressive groups like EMILY’s List,” Cornyn’s email noted.

A spokesman with the Texas Democratic Party said Cornyn should be worried. “Once again, John Cornyn is running scared of his own shadow,” said communications director Abhi Rahman. “Texas is the biggest battleground state and recent polling shows Cornyn is vulnerable. We know this race is a dead heat. Cornyn is going to have to face the strongest Texas progressive movement he’s ever faced before. He should be worried.” 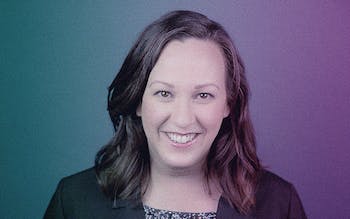 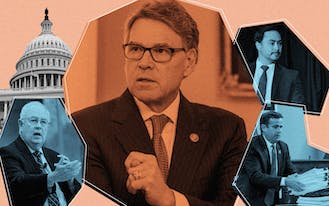 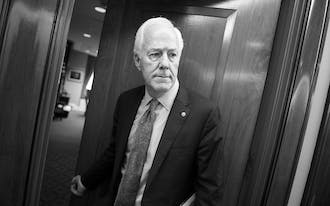