U.S. Representative Sheila Jackson Lee has reportedly stepped down from her post as chairwoman of the Congressional Black Caucus Foundation, amid allegations that she fired an aide who had allegedly been sexually assaulted by a CBCF supervisor, according to the New York Times and BuzzFeed News.

According to BuzzFeed, the powerful Houston Democrat told members of the CBCF on Saturday that she plans to resign. Jackson Lee was under pressure from the organization after BuzzFeed first reported last week that a former aide had filed a lawsuit alleging Jackson Lee retaliated by firing her after she threatened to sue the CBCF after her supervisor allegedly raped her. The Times reported Wednesday that the CBCF offered Jackson Lee an “ultimatum” last week after the BuzzFeed story became public, forcing her to either give up her role as chairwoman or face a vote of removal. Both the Times’s and BuzzFeed’s reports on Jackson Lee’s resignation from the CBCF cited anonymous sources; Jackson Lee’s office has not responded to Texas Monthly‘s requests to confirm the reports.

The aide, identified as “Jane Doe” in a lawsuit filed earlier this month against Jackson Lee and the CBCF, alleged that she was raped by Damien Jones, who served as the CBCF’s internship coordinator when the sexual assault was alleged to have occurred, in 2015. According to the lawsuit, Jane Doe was a 19-year-old intern at the CBCF headquarters in Washington, D.C. when Jones, who was 30 years old at the time, took her out for dinner and drinks after work and later to Jones’s house, where he continued to pour her drinks. Jane Doe eventually told Jones that she had to leave, but Jones allegedly brought out a container of marijuana, “lit the pipe, and put it in her mouth so that she would smoke it,” even though she had told him she didn’t smoke.

The lawsuit states that Jane Doe texted a friend, “Help,” “I’m want t [sic] to go home,” and “I’m ready to cry,” “I need you” and “No joke.” but was unable to tell her friend where she was before Jones allegedly took her phone away. According to the lawsuit, she said she remembers Jones kissing her, digitally penetrating her, and forcing her to perform oral sex. “She remembers thinking, and possibly saying aloud: ‘I’m not having sex, I just can’t do this.'” She woke up the next morning naked in Jones’s bed, with his arms and legs around her, and without her phone; she left Jones’s apartment and felt pain in her vagina, hip, neck, and mouth throughout the day.

Later that day, the lawsuit states, Jane Doe texted Jones, “I was really drunk last night what happened?” Jones responded, “Nothing. You threw up everywhere. That’s it.” She replied, “So how did I end up with no clothes on in your bed this morning?” He responded, “Call me.” According to the lawsuit, Jane Doe called Jones and recorded their conversation with two witnesses listening to the conversation on speakerphone. Jones allegedly admitted that they kissed and that he took off her clothes and put her in the shower but he denied that they had sex. The lawsuit says Jane Doe went to a hospital to have a sexual assault exam, which found swelling and redness in her pelvic area, swelling on her lower back, and that one of her fingernails was broken.

Jane Doe had been assigned by the CBCF internship program to work in the office of U.S. Rep. Terri Sewell, a Democrat from Alabama, and several days after the alleged rape occurred she told Sewell about the incident. According to the lawsuit, Jane Doe met with CBCF representatives, who told her that Jones had been put on leave immediately. She had reported the assault to the Metropolitan Police Department, and investigators there found sperm on the pants she wore the night she was allegedly raped, but police didn’t get a sufficient DNA profile from the sperm. They did find DNA belonging to Jones on Jane Doe’s breast. (D.C. court records show that no criminal charges have been filed against Jones.) In October 2016, Jane Doe told CBCF that she planned to sue the organization, but after meeting CBCF representatives and attorneys, she decided against it.

In October 2017, Jane Doe took a job with Jackson Lee’s office as special assistant and director of public engagement. According to the lawsuit, on her first day on the job Jane Doe found out that Jones was interested in a job in Jackson Lee’s office. (According to BuzzFeed, Jones had left the CBCF in December 2015, but in September 2017 had appeared on a panel about environmental issues at the CBCF’s annual legislative conference while working for the Union of Concerned Scientists.)

According to the lawsuit, Jane Doe told Jackson Lee’s chief of staff Glenn Rushing that she had a “prior situation” with Jones and would be uncomfortable working with him, and “Rushing responded that he understood, and that he decided not to hire Mr. Jones because he had a situation with CBCF and they could not have him working in the office as a result.”

Then, according to the lawsuit, on March 9, 2018, Jane Doe told Rushing that she “recently learned more about her case involving Mr. Jones and CBCF,” and that she planned to take legal action against the CBCF. The lawsuit says that Rushing said he understood and supported Jane Doe, and that he would set up a meeting between her and Jackson Lee for March 13—but the meeting never happened, and despite Jane Doe’s repeated requests for the meeting, Rushing told her Jackson Lee was unavailable.

On March 29, Rushing called Jane Doe into a meeting with Rushing and Greg Berry, Jackson Lee’s chief counsel. They told her she was being fired “because of budgetary issues,” according to the lawsuit. Jane Doe is alleging that Jackson Lee and the CBCF “conspired to retaliate against Ms. Doe because she threatened to file a lawsuit against CBCF,” and that “Representative Jackson Lee fired Ms. Doe in retaliation for asserting legal claims against CBCF.”

A CBCF spokesman told the Times that the organization would cooperate with investigations into the lawsuit’s allegations, but played down its role in Jane Doe’s firing from Jackson Lee’s office. “We are deeply concerned about the welfare of all our interns and fellows, including ‘Jane Doe,’ the former C.B.C.F. intern who recently filed suit,” CBCF spokesman C.J. Epps said in a statement to the Times. “It is C.B.C.F.’s position that the foundation did not have the purview to terminate Ms. Doe from a staff position in a congressional office, and therefore, did not take such action nor recommend or influence said decision.”

But the CBCF was pushing hard for Jackson Lee to resign from her leadership role in the organization late last week, according to the Times and Politico. A long phone call between Jackson Lee and the CBCF’s board on Thursday night “abruptly ended” after Jackson Lee resisted the board’s demands that she resign, Politico reported. The stalemate reportedly prompted one board member to step down, and others were expected to follow if Jackson Lee remained chairwoman. But Jackson Lee told board members on Saturday that she planned to resign.

Jackson Lee has yet to make an official announcement. According to BuzzFeed, Jackson Lee “deflected questions in person on Tuesday about her resignation plans,” saying only that “she would put a statement out on the matter later in the week.”

Jackson Lee has denied Jane Doe’s allegations. “Although the Congresswoman is eager to respond substantively, she will do so only at the appropriate time, as the court docket dictates,” Jackson Lee’s office told BuzzFeed in a statement last week. “The Congresswoman is confident that, once all of the facts come to light, her Office will be exonerated of any retaliatory or otherwise improper conduct and this matter will be put to rest. While we still deny the allegations, we are especially concerned about Ms. Doe and only want the best for her and the many, many young people that the Congressional office has supported, encouraged, and provided opportunities for over 20 years.”

Jones has not commented publicly on the allegations. He has continued to work in politics since leaving the CBCF, recently working as the regional political director for Beto O’Rourke’s Senate campaign, BuzzFeed reported last week. A spokesman for O’Rourke told BuzzFeed that O’Rourke’s campaign “was absolutely not aware of these allegations until today and no longer has a relationship with Damien Jones.”

A biography on Jones’s personal website refers to himself as “one of the leading intellectual voices in America,” and claims he is “recognized as one of America’s best inspirational speakers.” The biography describes Jones’s former role at the CBCF, writing that he “prepared the next generation to take its place in the fields of community service and policy development and increased the pool of young African American leaders in public service careers and public policy positions.” The website was deleted after Jane Doe’s allegations against Jones were made public.

In the lawsuit, Jane Doe said that the alleged rape and subsequent firing by Jackson Lee derailed her career, forcing her to leave D.C. and move back in with her mother in Alabama while searching for a new job. She was diagnosed with post traumatic stress disorder and underwent mental health treatment with a trauma psychologist and a psychiatrist. The lawsuit says that Jane Doe has experienced “extreme anxiety and depression” since her alleged rape, and she has “lost approximately fifty pounds and cut her hair to appear less attractive, in an attempt to be less sexualized by men and to avoid men approaching her. She does not like being alone, and particularly refuses to be alone with men. She no longer dates, and avoids going out at night.” 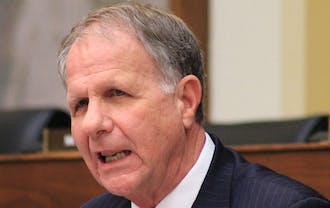 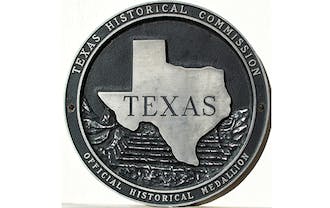 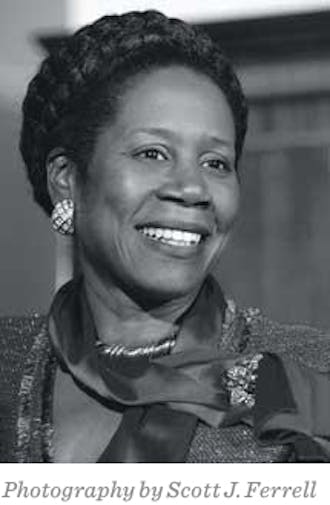