ISSUES LIKE YOUR LATEST, “The Best of Small-Town Texas” [March 1999], are why we moved back to Texas.
Gary Salyer
Arlington

I CANNOT IMAGINE LIVING ANYWHERE ELSE but Hico. I love this town. Everything you said about small towns is so right. The ambience makes up for the lack of malls.
Anita Mueller
Hico

YOUR REVIEWER FOR THE SMALL-TOWN MUSIC clubs is either from New York City or has been in a coma for the past thirty years. I doubt that many people know that Jody Nix is the son of Hoyle Nix, who played a lot of Western swing in West Texas. But I do know that most native Texans would not classify Tony Douglas and the Shrimpers as a lesser-known band.
Clyde W. Burns
Huntsville

THANKS FOR AN ISSUE THAT CELEBRATES all the best of small-town Texas. Here at KULP in El Campo, it was both a trip and a hoot to be included among the radio stations. By the way, one of the best is KULP sports director Bob Nason, who was identified as “Bob Nathan” in the article. Bob now signs autographs “Bob Nathan né Nason.”
Jerry D. Aulds
General Manager, Kulp
El Campo

BECAUSE YOU WERE UNABLE TO VISIT ALL the small towns in Texas, I’d like to mention two eating places that have impressed me. One is the K&S Steakhouse in Seminole. The times I’ve eaten there the buffet has been of the highest quality. The other is the Frontier Restaurant in London. The town, on U.S. 377 between Junction and Mason, has a population of less than two hundred, but this restaurant serves homemade cinnamon rolls, homemade ice cream, and fried ice cream. There are not many places in metropolitan areas where one can get such delicacies.
Tom Isbell
Anson

Editor’s Note: Suzi Bittles should have been credited for casting and researching the subjects of the portrait series “Townsfolk.”

I AM DELIGHTED WITH MEGHAN Daum’s article about Joe Armstrong [Media: “Urban Cowboy,” March 1999]. She really brings him to life and makes him sound like a person you would want to know. My wife and I are lucky enough to have been good friends of Joe’s since he was a law student at the University of Texas thirty years ago.

At first reading I was dismayed that I am described as “venerable.” I thought that that meant “old.” But I have consulted my Random House Unabridged Dictionary, and after reading it, I have concluded it is a compliment to be described as venerable.
Charles Alan Wright
Austin

I HAVEN’T SEEN FRANK FITZPATRICK’A book And the Walls Came Tumbling Down, but Joe Nick Patoski’s review contributes to the mythologizing of the significance of Texas Western’s 1965-66 NCAA basketball championship [Texas Monthly Reporter: “Score!” March 1999]. Patoski says an all-black starting five’s defeat of an all-white team from a traditional, Southern basketball powerhouse “signaled” the beginning of the end of an unspoken color barrier in college athletics. But the game, in fact, was more an indication of the end of the barrier, which had been steadily crumbling. A decade and a half before, African Americans had been part of NCAA championship teams, but most people heard the games on radio, which made no mention of a team’s racial makeup. The 1966 title game, televised nationally as others had been, with five black starters competing against five white starters, drove home the end of all-white or predominantly white teams and acknowledged that black athletes in college sports were no longer unique, but the norm.
Jon C. Halter
Euless

CONGRATULATIONS ON YOUR TIMELY ESSAY on the need to support the infrastructure of our state park system [Behind the Lines: “Fix the Roof,” March 1999]. Parks do more than just preserve attractive landscapes and wildlife habitat; they entice visitors to our state, foster local economic development, provide recreation for our citizens, reduce crime rates, foster conservation education, and rejuvenate us all from our harried lives. We have one of the finest state park systems in the country, and our park stewards, the Texas Parks and Wildlife Department, are among the most highly regarded state agencies in the nation. But the system is at serious risk, and guidelines for saving it and guaranteeing the future of our parks have been provided in a project we co-managed, “Texas Outdoors: A Vision for the Future,” which was prepared for TPWD by Texas A&M University. Legislators, park visitors, and outdoor enthusiasts should read this report and take action now to preserve our state’s parks.
Robert D. Brown
Professor and Head, Department of Wildlife and Fisheries Sciences
Peter Witt
Professor and Head, Department of Recreation, Park and Tourism Sciences
Texas A&M University
College Station

AFTER SPENDING SPRING BREAK AT two state parks in Arkansas, I am wondering if any of our politicians in Austin ever visit our state parks, let alone spend the night in one. My family spent three nights in a cabin at Lake Ouachita State Park, north of Hot Springs. This park has a new marina with a cafe, store, and marine gas station. It is clearly being operated as a commercial venture. The ranger told us that most park visitors are from Texas. Our state-built cabin was better equipped than the private condo we once rented at South Padre for three times more. We also spent nights in cabins at Devil’s Den State Park, near Fort Smith. There is a Civilian Conservation Corps interpretive trail and seventeen CCC cabins. Our cabins were beautifully maintained, and each had a binder of information that included a financial statement showing the state funds budgeted for the park until 2005. I am a native Texan, and I would gladly spend my tourist dollars in state, but I have been frustrated several times in the past in my dealings with the Texas park system. My sympathies are with Andy Sansom and the state park employees who must feel like swans mistaken for ugly ducklings. Maybe the wake-up call to our politicians will come when a rotten cabin roof collapses on a litigious tourist from out of state.
Susan C. Rudolph
Houston

WHEN I GRADUATED FROM TEXAS A&M in 1951, I had earned a degree in wildlife management. In my youthful immaturity, I had never looked forward enough to ask what I would be paid in my chosen field. I matured in a hurry when I found that I was expected to work for $150 a month. Even in those days, the Game and Fish Commission, the predecessor of Parks and Wildlife, was on a shoestring budget. After retiring from the Air Force, I looked at what the opportunities were with TPWD and found that after twenty-odd years, nothing had changed. I hope that something constructive will come from your well-written article to help bring up our parks to the level where everyone can benefit from a better-budgeted system.
Frederick F. Nyc III
Smithville 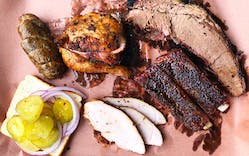 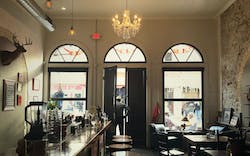 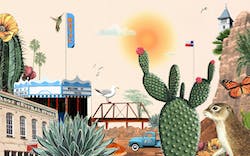 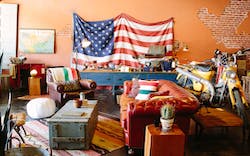