Now that the Supreme Court has upheld Obamacare, what will the ripple effects be for Texas?

“The Affordable Care Act will eventually cost Texas big money,” the Texas Tribune wrote. The state will have to expand Medicaid (which, as the Tribune points out, already accounts for a quarter of the state budget) and set up health insurance exchanges. But the state’s health care projects have already received more than $45 million from the federal government thanks to the law.

Texas will see a lot of changes, as the state currently leads the nation in uninsured people, with a full 27.6 percent of the population lacking health insurance, Sommer Mathis pointed out at the Atlantic Cities.

Pundits and politicians on both sides of the aisle were quick on the draw with press releases of their statements on the ruling:

Texas Gov. Rick Perry: “This ruling will be a stomach punch to the American economy. It is a shocking disappointment to freedom-loving Americans desperate to get our country back on track. Obamacare is bad for the economy, bad for health care, bad for freedom. Americans have made clear their overwhelming opposition to its convoluted, burdensome and overreaching mandates. Freedom was frontally attacked by passage of this monstrosity – and the Court utterly failed in its duty to uphold the Constitutional limits placed on Washington. Now that the Supreme Court has abandoned us, we citizens must take action at every level of government and demand real reform, done with respect for our Constitution and our liberty.”

Texas Attorney General Greg Abbott told reporters on a conference call from Washington that the state must “work swiftly” to see “what is necessary for the state to comply with the new tax,” according to the Denton Record-Chronicle. “This decision caught both sides by surprise today,” Abbott said.

Abbott had more caustic words about the decision later in a statement: “This is an historic victory for individual liberty, states’ rights, and limited government. Today the Supreme Court made crystal clear that the federal government is more restrained than yesterday and yet, through a novel application of the facts, the Court did what Congress was afraid to do–called ObamaCare a tax on all Americans. This is particularly ironic since President Obama, himself, insisted this was not a tax. The decision marks a turning point in constitutional history. The Supreme Court rebuked a runaway federal government that tried to hijack the Constitution by imposing an unprecedented requirement forcing Americans to buy a product against their will. In doing so, the Court dismantled the centerpiece of ObamaCare—the federal government’s authority to compel Americans to purchase a product. The Court also agreed that States are individual sovereigns that cannot be commandeered by the federal government. In this instance, by forcing States to expand Medicaid, the federal government tried to hold States hostage. Our challenge to ObamaCare was never about healthcare or insurance – it was about the rule of law and a fight against a federal government that continues to expand. In this respect, today’s decision was a total victory. As the federal government seeks to impose the remainder of ObamaCare, it must do so within the limits prescribed by the Constitution.Although the individual mandate was ruled unconstitutional, the remainder of ObamaCare may be on life support—and we will continue our work to pull the plug on this unworkable and unpopular law. It is time for Congress to step in and end the ObamaCare nightmare by repealing an unprecedented tax on all Americans.”

U.S. Sen. Kay Bailey Hutchison: “The Supreme Court has declared the health care law constitutional, but that doesn’t make it good policy. In fact, the majority said it was not ruling on fairness or wisdom of health care policy, but instead on the power of Congress to levy taxes. The court’s ruling confirms the president’s health care law is nothing more than a massive tax on the American people. When the health care law is fully implemented, most Americans won’t be able to keep the coverage they have now. Their health insurance coverage choices will be decided in Washington, D.C., and there will also be new regulations to disrupt the doctor-patient relationship. $500 billion will be cut from Medicare to pay for full implementation of the health care law, plus $500 billion in higher taxes on individual Americans and businesses. From the start, Americans have had deep misgivings about government taking over health care, and these concerns have grown as they’ve learned more about how they will be affected. The Supreme Court’s ruling changes none of this. Americans will have an opportunity to do something about this on Election Day in November.”

U.S. Sen. John Cornyn: “The Supreme Court made clear today that the American people will be the ultimate judge of ObamaCare.  As Republicans, we will redouble our efforts to repeal this job-killing law. We must replace it with reforms that expand access and enhance care without adding trillions of dollars to the national debt and inserting Washington bureaucrats between Americans and their doctors. While I am disappointed in the outcome, there will be plenty of time to debate the Court’s decision; now we must focus on electing Republicans in November who will end ObamaCare and put Americans back to work.”

Both of Texas’s Republican candidates for U.S. Senate came out swinging.

Lieutenant Gov. David Dewhurst: “Today’s decision by the Supreme Court to uphold Obamacare as constitutional is reason number one why we need a Republican majority in the U.S. Senate to repeal this monstrous law. As I have said from the start of my campaign, my top priority on Day One in Washington will be to file legislation to repeal every word of Obamacare and throw the law in the trash can. Whether the individual mandate is characterized by the court as a mandate, or a tax, it is most certainly a disaster for America.”

Former Texas Solicitor General Ted Cruz took to Twitter to express his outrage (and offer himself as a solution to the problem):

Want a #FullRepeal? We need your help to send a fighter to the Senate to Knock Out #ObamaCare bit.ly/KZusWM #TXSen

State Sen. Rodney Ellis, D-Houston: “I am extremely thankful that the U.S. Supreme Court did the right thing and upheld the Affordable Care Act. … It is the greatest step toward universal access to affordable health care since the passage of Medicare and Medicaid, and it will help millions of uninsured Americans receive the care they need and deserve. More than 120 of Texas’ largest employers have received over $445 million in federal support to make early retiree health coverage more affordable. In addition, 2.2 million Texas seniors in Medicare received preventive services or check-ups with no co-pay, and Texans saved $135 million on prescription drugs as a result of closing the Medicare prescription drug ‘donut hole.’ The greatest gains will come in 2014 when approximately 2 million more uninsured Texans will gain coverage through Medicaid and CHIP. Critics of the Affordable Care Act constantly say ‘Texas knows how to take care of Texans better than Washington.’ Reality says otherwise. Texas leads the nation in percentage uninsured, has one of the highest poverty and food insecurity rates, and has vast shortages of doctors, dentists, and nurses. In fact, Texas ranks at or near the bottom in nearly every important health care statistic you can name, and just chose to cut $10 billion more from our health care budget, including under-funding Medicaid by about $4 billion, plus deeper cuts to already-minimal services.”

Center for Public Policy Priorities: “Today’s Supreme Court decision to uphold the Patient Protection and Affordable Care Act is great news for Texas families. With more than 6 million Texans uninsured and billions of dollars in federal funding on the table for our state, Texas has the most to gain from today’s pivotal decision.”

Michael E. Speer, MD, president of the Texas Medical Association, recommended some tweaks to the law that Congress and the state legislature should pass. “The Texas Medical Association has said since day one that we need to find what’s missing, keep what works, and fix what’s broken in the new law. We absolutely must reduce the law’s red tape and bureaucracy that interfere with patient care,” he said in a statement, before offering some bullet points of his suggested changes:

Texas Public Policy Foundation President Brooke Rollins: “The fundamental question before the U.S. Supreme Court in this case was, if the federal government can force us to buy health insurance, what can’t it force us to do? Though the individual mandate was upheld under the taxation authority of the Congress, rather than the Commerce Clause, the net effect is the same: the Constitutional limits of federal power are now dangerously eroded. James Madison, the Father of the Constitution, argued passionately that in any constitutional republic, the transition to unrestrained majority rule is often an irrevocable step on the road to tyranny. Today’s ruling should be a wake-up call to all Americans: now more than ever, it is time to redouble our efforts to reclaim the proper sovereignty of states and citizens.” 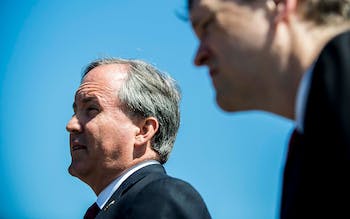 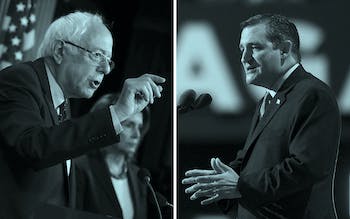 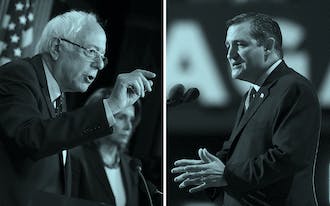 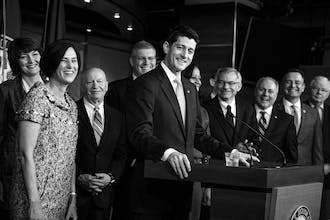 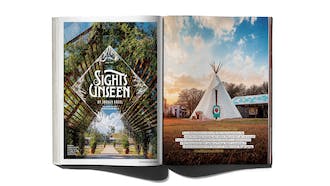