Last week, Texas Secretary of State David Whitley issued an election advisory to all county elections administrators that his office had recently completed a cross-check of state voting records with data from the Texas Department of Public Safety’s driver’s license bureau. The state’s chief election officer identified 95,000 people who registered with the DPS as non-citizens, but whose names match names on voting rolls. Of those, an estimated 58,000 of these people have voted in at least one election. The advisory set off a firestorm. Here’s everything you need to know:

At least four lawmakers are calling for Whitley to appear before the House Elections Committee to explain the methodology that was used to cross-check the voter registration list with a DPS database. They noted reports from across the state that the list with 95,000 names is rife with errors. They have also indicated that they have asked Whitley’s office for all documentation related to the compiling and release of the list. They noted that lawmakers have a legal privilege to such information and suggested that if Whitley did not release the information that could be considered a violation of state law.

They also pointed to an Austin woman, Julieta Garibay, who tweeted out that she had been contacted by Travis County officials as being on the list of non-citizens and she attached an earlier tweet of her celebrating her naturalization as a U.S. citizen when she became legally eligible to vote.

Received a call today from Travis County Voter Registrar bc I'm in the TX Secretary of State supposed “non-citizen” voters
I am a #DreamVoter, I am #HereToStay

“We’re going to have muscular legislative oversight,” said Representative Rafael Anchia, D-Dallas, who is also chairman of the Mexican American Legislative Caucus. “I think they realize that this is a scandal. That there are a lot of U.S. citizens on this list and what they have set in motion are going to disenfranchise U.S. citizens and infringe on their right to vote.” Anchia expressed concern that the move, coming after Democratic gains in last November’s election, has more to do with politics than protecting the integrity of the voting roles. He noted that Texas Attorney General Ken Paxton has already sent out a fundraising appeal using the list as the basis for raising money.

Republicans nationwide have long spoken of possible widespread voter fraud, particularly by non-citizens who illegally register and cast a ballot in elections in which only U.S. citizens are entitled to vote. Democrats claim this is much ado about nothing and that the warnings about the threat of voter fraud are actually intended to suppress the vote of naturalized citizens and people of color—two demographics that have historically voted Democratic—who are legally allowed to vote but may not know their rights and are therefore scared off from voting. Whitley’s election advisory is viewed by supporters as a positive step. Within minutes of announcing the advisory, Texas Attorney General Ken Paxton announced his full support of the initiative. “Every single instance of illegal voting threatens democracy in our state and deprives individual Texans of their voice,” Paxton said in a written statement. “We’re honored to have partnered with the Texas Secretary of State’s office in the past on voter initiatives and we will spare no effort in assisting with these troubling cases.” Critics warned that more evidence is needed before anyone declares voter fraud.

“We need to see the evidence first because, typically, when elections go bad for the party in power, politicians will blame their electoral shortcomings on ‘voter fraud,’” said state Representative Rafael Anchia, D-Dallas, and chairman of the Mexican American Legislative Caucus. “As we all know, Republicans hold every statewide office and have controlled the elections infrastructure in Texas for the last 20 years. If these allegations are true, it is a major failure on the part of the Governor, the Secretary of State, and the Attorney General’s office.” Even President Donald Trump seized on the news, sending a tweet claiming there might be widespread voter fraud:

Civil rights groups point out that this is a compilation of names that have accrued over a 22-year period. When non-citizens such as green card holders and those with work visas and are legally entitled to stay in this country apply for a driver’s license or a government-issued identification card, they inform the DPS of their citizenship status. But if that status changes and they become naturalized citizens—and legally entitled to vote in the United States—they are under no obligation to notify the DPS of their change in status. They are then free to register to vote and cast ballots legally. In Texas, more than 50,000 people a year go through the naturalization process. That equates to about 1.1 million people over the period that the advisory covers. Texas currently has about 15.8 million registered voters. Critics also point to an effort by Florida to cull its voting lists in 2012. Using a methodology similar to the one Texas employed, Florida officials compared its list of registered voters with a list provided by that state’s Department of Highway Safety and Motor Vehicles and came up with an initial list of 180,000 questionable registrants. After several lawsuits and an abandoned effort by Florida’s then-secretary of state who said the data was flawed, a second effort was later initiated and the list of questionable voters was culled to 2,600. A Miami Herald investigation concluded that 58 percent of those being targeted were Hispanic. Most Florida counties simply stopped the effort, with two pushing forward. Ultimately, 85 names were removed from the voting rolls.

The secretary of state advisory cautioned that “All records submitted through this process will need to be treated as WEAK matches, meaning that the county may choose to investigate the voter, pursuant to Section 16.033, Election Code, or take no action on the voter record if the voter registrar determines that there is no reason to believe the voter is ineligible.” The state warned county elections officials that “The county may not cancel a voter based on the information provided without first sending a Notice of Examination (Proof of Citizenship Letter) (PDF) and following the process outlined in the letter.”

At least thirteen civil rights groups, however, demanded that the Secretary of State’s Office rescind the election advisory. The groups also demanded answers to three questions:

What else could happen?

When the Texas Legislature is in session, anything can happen. Already lawmakers have filed bills in both the House and the Senate that would require Texans to provide proof of citizenship, such as a passport or a certified birth certificate when registering to vote. Such legislation would almost certainly be challenged in court such as the state’s voter identification law, which is considered among the strictest in the country. Also, the Mexican American Legislative Caucus has served notice that it will begin investigating what it called “Misleading claims on voter information.” Beyond that, several civil rights organizations are threatening legal action—and not necessarily against the state, but against the counties, which have fewer resources to mount a legal defense, but who are still legally liable to ensure all qualified voters be allowed to vote.

Then there’s news that began to emerge Tuesday afternoon, compliments of Beth Stevens, voting rights legal director with the Texas Civil Rights Project. “As expected, Secretary Whitley’s advisory is causing confusion and uncertainty among county officials tasked with carrying out his recommendations,” she said in a written statement. “Already we have seen places like Harris County raise concerns about the process and conclusion of the Secretary’s investigation and at least another county has indicated that they found ‘many duplicates’ in the list provided to them by the Secretary’s office. We now know with certainty that the 98,000 number originally released by the Secretary is 100 percent inaccurate and founded on bad methodology. This raises the question: did the Secretary’s office work with any of county officials before releasing their incorrect list of non-citizens on our voter registration rolls? Even more troubling, we are now hearing from county officials that they are receiving phone calls from the Secretary’s office advising them to remove flagged individuals if they registered to vote through a Department of Public Safety transaction. As expected, it seems that the Secretary has not accounted for the thousands of people who naturalized as citizens and are therefore eligible to register to vote and cast a ballot. This would dramatically cut the number of individuals that were initially flagged as non-citizens on Texas’ voter registration rolls.” 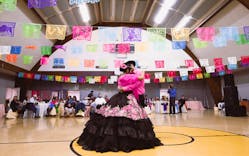 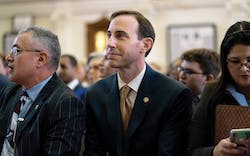 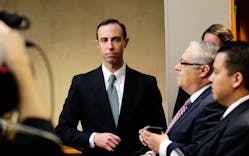