In a summer of hot media scandals (the ousting of non-nonfiction writers Stephen Glass of The New Republic and Patricia Smith of the Boston Globe, the retraction of CNN and Time’s nerve gas story), the media’s repeated bungling of a politician’s name seems more like a misdemeanor than a felony—if that. But it’s no less maddening, so let us set the record straight: The governor of Texas and Republican front-runner for president is not George Bush, Jr. He is George Walker Bush, a.k.a. George W. His father, the former president, is George Herbert Walker Bush. “To be a junior, the name has to be exactly the same,” explains Shirley Langdon Wilcox, the president of the National Genealogical Society.

This is not, of course, a new story. Back in April 1989, a Texas Monthly profile of Bush carried the headline “Don’t Call Him Junior” (“Although he was frequently called George Junior during the eighteen months that he served as an adviser to his father’s campaign, the appellation is erroneous,” noted Patricia Kilday Hart, the author of the story). Yet the mistaken moniker continues to show up in publications the world over. In the first six months of this year alone, the culprits included the Jerusalem Post ; the Times, the Guardian, and the Financial Times of London; the Toronto Star; the San Francisco Chronicle; the Boston Globe; the Los Angeles Times; Investor’s Business Daily ; and—tsk, tsk—the Austin American-Statesman and the Dallas Morning News. Russell Baker of the New York Times muffed it too, as did Maureen Dowd, sort of; in a late June column she got the George W. part right but incorrectly referred to his dad as George Bush, Sr. (Confidential to Big Mo, as George the elder might call her: You also misspelled Garry Mauro’s first name.)

How to explain the existence of this journalistic Junior league? One possible explanation is that some writers—particularly those outside Texas—simply don’t know any better. “Sheer ignorance,” says a contrite Sabin Russell, a reporter at the San Francisco Chronicle. Another is that it’s an unintentional slipup. “It was a mistake,” admits reporter Omar L. Gallaga of the Austin American-Statesman. But the most interesting theory is that it’s an intentional slipup justified by a desire to ensure that readers don’t confuse father and son. That was the case when Louis Harris and Associates wanted to gauge support for various GOP presidential hopefuls: Concerned that respondents might think they were being asked to choose former president Bush, the venerable New York polling firm identified George W. as “Bush, Jr.” “I’d rather be clear than correct,” says Humphrey Taylor, the chairman of the Harris Poll, who adds that he’ll “probably continue to do it even though it’s technically wrong.”

Whatever the reason, the problem is likely to persist in perpetuity— or at least that’s what the governor’s aides believe. “We notice it all the time, and we don’t know whether to laugh or cry,” says Karen Hughes, Bush’s communications director. “We take it with a grain of salt, but if they can’t get that right, what else are they missing?” 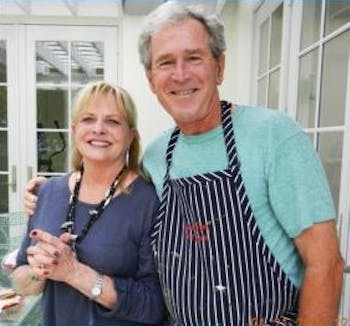 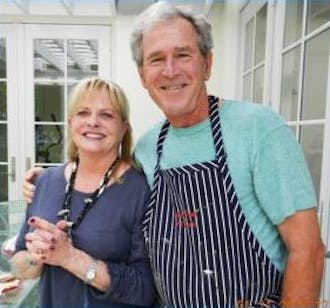 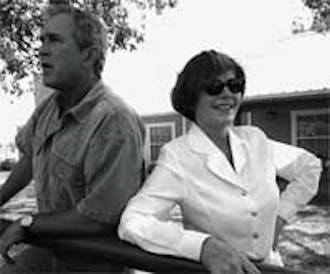 The Education of Laura Bush 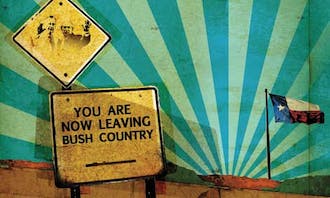