On the first Friday of every month, economics journalists around the country get up early in anticipation of the Labor Department’s monthly jobs report. It’s probably the best single snapshot of how the workforce is faring, and in the post-recession United States, there’s often an element of suspense, as Americans want to see whether things are getting better.

There’s usually less excitement about the monthly jobs data reported by the Texas Workforce Commission (TWC), because for several years the story’s been unchanged. Texas created jobs, again. Texas created jobs in most sectors of its economy, again. Texas’s unemployment rate is lower than the national average, still; Texas’s unemployment rate has been lower than the national average, in fact, every month for more than sixth years.

The TWC’s March 2013 report (PDF), however, which was released April 19th, included a small plot twist. Texas’s unemployment rate was 6.4 percent, same as it was in February and “well below” the national average, which was 7.6 percent. Somewhat uncharacteristically, however, Texas lost jobs in March 2013, some 4,100 of them.

The country as a whole, for that matter, added jobs in March—88,000 across the United States. The national figure had been greeted with some dismay, because relative to the size of the American workforce, 88,000 jobs is not very many.

But don’t be alarmed. As unusual as Texas’s sudden reversal of fortune may be, it’s not particularly signficant. Given how many jobs Texas has overall—more than 11 million in nonagricultural employment—the losses are less than a statistical blip; in percentage terms, Texas’s employment numbers changed by 0.0 percent. As TWC chairman Andres Alcantar noted in an audio bulletin released with the data (PDF), this is only the third month, since January 2010, that the state’s total employment number has declined. And apart from the occasional bum month, Texas is still in job-creating mode; the state has added 329,500 jobs since March 2012.

Nor do the losses suggest that Texas’s usual job-creating strategies have foundered. The sector most affected was manufacturing, which lost 0.7 percent of its jobs between February and March. and which is vulnerable to economic conditions—specifically, demand for the products being manufactured—in the rest of the country and in Texas’s trade partners.

Worth noting, however, are the discrepancies across Texas. Unemployment is extra-low in the energy-rich areas of the state: 3.1 percent in booming Midland, 3.7 percent in Odessa, etc. In the more densely populated Rio Grande Valley conditions are significantly worse. The Brownsville-Harlingen and McAllen-Edinburg-Mission areas are both facing double-digit unemployment. Manufacturing in Texas is, as it happens, a major industry in the latter cities (technically, the metropolitican statistical areas or MSAs).

The latest jobs report, then, is another reminder of the value of economic diversification. In all of the state’s biggest metro areas—Houston-Sugar Land-Baytown, San Antonio-New Braunfels, Dallas-Fort Worth-Arlington, and Austin-Round Rock-San Marcos—unemployment is lower than the overall Texas average. Those big cities rarely ride high in the way that Midland is at the moment. But they’re fairly well-insulated against the prospect of a bust. 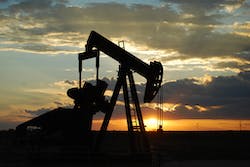