In 2009 police in San Jacinto City, just east of Houston, arrested a man named Roberto Faustino for DWI. Faustino, a repeat offender, was charged with a felony, and the police confiscated his 2004 Chevy Silverado. The problem was that the truck didn’t outright belong to Faustino. He was making payments to its rightful owner, a small-business owner named Zaher El-Ali, who still held the title to the truck and demanded its return from the police. Faustino went to prison, and El-Ali entered the maddening world of asset forfeiture in Texas.

Authorities filed what’s known as a civil asset forfeiture case, styled the State of Texas v. One 2004 Chevrolet Silverado, to allow the police department to gain title to the truck, sell it, and bank the proceeds for its own budget. In these cases, the burden of proof to demonstrate that property had been wrongfully confiscated is on the property owner, a fact El-Ali learned after the forfeiture of his truck was blessed by a district court in Harris County. Last February he filed a counterclaim contesting the constitutionality of civil forfeiture law in Texas, and the petition for review wound its way to the Texas Supreme Court. And there it died. On March 28 the Court declined to take up the case, engendering a blistering dissent from Justice Don Willett. “This is the story of a Chevrolet truck, but to some observers it evokes less Chevy than Kafka,” Willett wrote. “The modern Texas asset-forfeiture regime bears little resemblance to what we reviewed in 1957 when we last visited this subject. In my view, the civil-forfeiture realities of 2014—the prevalence, procedures and profitability—compel us to reexamine the constitutional protections due innocent property owners.” What is this strange animal, civil forfeiture, that could make Willett, a conservative Republican who served in the George W. Bush White House, sound like a spokesman for the ACLU?

Police departments in Texas, as in most places, can keep the proceeds from the sale of items confiscated in the course of their investigations. Through civil forfeiture, they can take assets—money, cars, houses—even when no criminal case is filed. It’s very difficult to get your property back once it has been seized; the state must show only by a “preponderance of evidence”—a lower standard than “reasonable doubt”—that the property was used in the commission of a crime. Beginning in the early nineties, Texas authorities became known for their fast and loose use of this type of suit, especially during the heyday of the state’s network of regional drug task forces. At the height of the drug war in Texas, at least fifty of these task forces were in operation around the state, each with at least one special drug interdiction car on the highway, making stop after stop—many of them on constitutionally dubious grounds—in the never-ending search for drug money. Officers in some jurisdictions carried ready-made claim forms that made the process alarmingly streamlined. Suspects in traffic stops often wound up signing over any cash or valuables found by police right on the side of the road where they were stopped, without the involvement of a lawyer or the supervision of a judge. In such cases, drivers were often allowed to simply drive away after the police had what they wanted. No arrests were made, much less prosecutions.

So much money was being seized that some local police departments became dependent on the stops for a large portion of their budget, offering a tremendous incentive to keep the system rolling. Most of the money, of course, was proceeds from drug sales bound for the cartels in Mexico. But anyone traveling with a large amount of cash was deemed suspicious, and even innocent targets were sometimes induced to sign over their property by threats of criminal proceedings. One of the most notorious operations was in the East Texas town of Tenaha, where a local civil rights attorney was eventually moved to file a class-action suit—memorably chronicled in a lengthy New Yorker article last summer—on behalf of the victims of what often amounted to little more than literal highway robbery. In 2011 the Texas Legislature finally reined in the most egregious abuses—the use of roadside waivers was banned and the types of expenditures that could be made from asset forfeiture funds were limited and more closely monitored.

The task forces themselves died out under the weight of a series of highly publicized scandals, most notably in the Panhandle town of Tulia, where dozens of defendants were falsely accused of dealing cocaine. But civil forfeiture lives on, and seized assets continue to fund police departments across the state. “The issue with policing for profit in most cases is not that police are simply taking money they shouldn’t,” said Matt Miller, the Austin attorney who represented El-Ali in his appeals. “It’s that you create the opportunity, even the incentive, for corruption.” Miller, who heads the Texas chapter of the libertarian-leaning Institute for Justice, recalled sitting in the Harris County courthouse watching the asset forfeiture docket while working on El-Ali’s case. “It’s just a machine—disposing of case after case, almost none of them contested,” he said. Defendants in civil forfeiture cases have no right to a court-appointed attorney, and the cost of hiring one often makes fighting the case impractical, Miller said. “Are you going to spend a thousand dollars on an attorney to get your eight hundred dollars in cash back?” Justice Willett sounded a similar note in his dissent. “Unsurprisingly, civil forfeiture, once focused on the illicit goodies of rich drug dealers, now disproportionately ensnares those least capable of protecting themselves, poor Texans who usually capitulate without a fight because mounting a defense is too costly,” Willett wrote. “The intersection of power and profit is a troubling one.”

Willett, who was joined by two other judges in his dissent, took the unusual step of urging the Legislature to revisit the issue, which has been more or less off the radar since the 2011 reforms. Last session, the governor signed a modest bill meant to further delineate what agencies can spend forfeiture funds on. Miller would like to see proceeds from confiscated assets deposited in a municipality or county’s general fund, to break the link between aggressive use of forfeiture and direct financial benefit to the agencies involved. But why not go all the way, as North Carolina has done, and abolish civil forfeiture altogether? If you want to take someone’s property away from them in the Tar Heel State, you have to convict them of a crime first. After all, if property rights aren’t a priority in Texas, where, as Willett observed in his dissent, the same Supreme Court had recently labeled them essential to “freedom itself,” then where will your Silverado be safe? 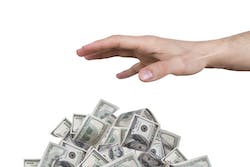 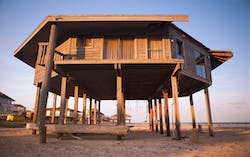 Condemning the Judges Who Eviscerated the Open Beaches Act