Blagojevich. The name just lends itself to a swear word, doesn’t it? Son of a blagojevich. Quit your blagojeviching. Blagojevicher? I hardly know her!

Although the Illinois governor has been under investigation on federal corruption charges for years (as most Chicago politicians are, by default), Blagojevich’s arrest on Tuesday morning at his home definitely sealed the deal.

Aside from numerous other charges, Blagojevich was indicted for “wide-ranging criminal conspiracy,” including his efforts to “sell or trade” President-elect Obama’s vacant Senate seat in exchange for financial benefits for him and his wife, Patti. What is this, wife swapping?

On Tuesday afternoon, the governor appeared in court and was released on $4,500 bail. And now, he’s back at work. Unless Illinois lawmakers act fast to impeach, Blagojevich will still be able to name Obama’s successor. In other words, he’s still open for business.

Blagojevich’s profanity-laden recordings (which would make even Richard Nixon blush) obtained through federal wiretap, clearly show the governor trying to sell the Senate seat. “I’ve got this thing and it’s f—ing golden and uh, uh, I’m not just giving it up for f—in’ nothing.”

You’d think politicians would learn. Never, ever try to make illegal deals over the phone. Or at least speak in code: “I’ve got this [fabulous Ming vase] and it’s f—ing golden and uh, uh, I’m not just [giving it away] for f—in’ nothing, [unless it’s to the charity of my choice].”

The 76-page affidavit also alleges that Blagojevich was considering appointing himself to the Senate, saying he was “stuck” as a mere governor and that if the hopefuls weren’t “going to offer anything of any value, then I might just take it.” Apparently, he was also mulling over a presidential run in 2016.

Blagojevich was trying to take down hometown newspaper Chicago Tribune, which broke the story, due to its harsh criticism of the governor. (The Tribune has now filed for bankruptcy so at least he can cross that off his list.) “Our recommendation is fire all those f—ing people, get ‘em the f— out of there and get us some editorial support.”

On Monday at a press conference, when asked about reports of his phone being bugged, Blagojevich said, “I don’t believe there’s any cloud that hangs over me. I think there’s nothing but sunshine hanging over me . . . By the way, I should say if anyone wants to tape my conversations, go right ahead, feel free to do it. I appreciate anybody who wants to tape me openly.”

Yes, most of the names that immediately spring to mind were caught in sex scandals. But when it comes to being f—ed over (as the good governor would say), Blagojevich didn’t even need a hooker.

Have fun in that federal pen, little Miss Sunshine. 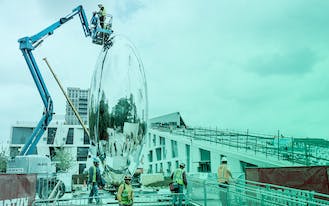 Houston’s “Bean” Sculpture Looks a Lot Like Chicago’s, and Everyone Feels Weird About It 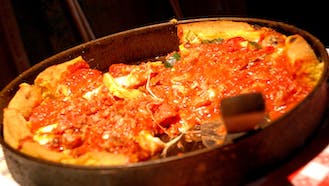 Deep Dish in the Heart of Texas 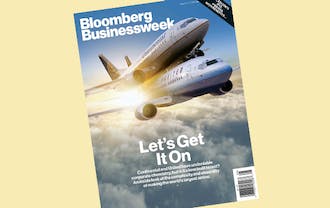 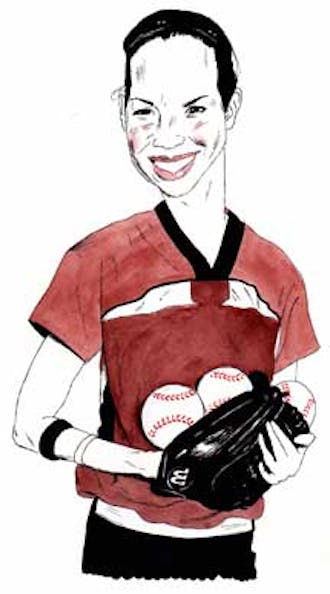