Democrat, Houston, 44. It should never have come to this: Sylvester Turner on the Worst list. He is too smart, too public-spirited, and too effective to end up here. But the Best and Worst lists are based on more than personal qualities; how those qualities are put to use—for good or for ill—is what matters. Alas, in the session’s final days, Turner employed his experience, skill, and knowledge of the rules to try to kill tax-cut bills whose passage was essential to prevent partisan warfare and avoid a special session.

As the first deadline for passing bills neared, Turner let it be known that he had found fatal procedural defects in two tax-cut measures. For several hours the House moved at a snail’s pace while emissaries to Turner and his allies tried to find out if he could be brought around. Was there something he wanted? Well, er, uh. “They’ve taken the hostages, but they don’t know what to put in the ransom note,” observed a senior House member. And that was the whole problem. Turner never knew what he wanted; he held the bargaining chips but didn’t play them.

That night, he killed one tax-cut bill on a point of order and was talked out of killing the other by Ten Best legislator Pete Gallego; a few days later, with the final deadline looming at midnight, one hour and twenty minutes away, he went to the microphone again. “Point of information,” he began, and in a series of questions he asked whether he and his cadre of disgruntled Democrats would be allowed “to speak for as long as time would permit.” Pete Laney responded with the most polite way of saying “No, no, and hell no” that you’ve ever heard, and the bill was quickly passed. In the end Turner’s vote was one of those for it.

All that remained was for a shocked House to speculate on why he had tried to do such damage. All session long Democrats had kept Republicans on the defensive by insisting on “kids over cuts.” They had gotten their way on the education package, with a record pay raise for teachers and hundreds of millions of dollars in new education spending. They had trimmed back Bush’s business-oriented tax cuts and substituted tax cuts for consumers on diapers, over-the-counter medicines, and school clothing. They practically dared Bush to call a special session to take money away from education in favor of tax cuts. But if Turner had been successful, it would have been the Democrats who looked bad, who had gotten all the spending they wanted but wouldn’t give anything back to the taxpayers. Bush would have called a special session, and everything the Democrats had accomplished would have been at risk. To what end? Not even Turner himself seemed to know how much he stood to lose and how little he stood to gain. 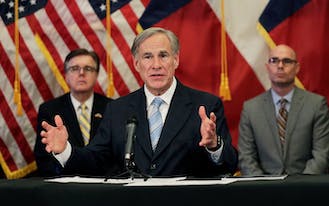