Rick Perry began his “Faith, Jobs and Freedom” bus tour in Council Bluffs, Iowa, on Wednesday, with a speech that “invoked the importance of ‘values’ nine times in 20 minutes” and elicited “drowning applause” from a crowd of seventy people, according to Politico‘s David Catanese.

The appearance had been billed as a “Town Hall,” but as John Heilemann of New York noted, it wasn’t:

There are many topics about which opinions differ in politics, but on the following there is unanimity and many presidential cycles of uniform precedent: The definition of a town hall meeting is an event at which the candidate subjects him- or herself to questions from the crowd.

According to Jason Embry of the Austin American-Statesman, Perry still engaged with the attendees one-on-one, stopping “for a number of pictures and autographs around the room.”

Heilemann, however, was profoundly—and profanely—unimpressed with the inaugural stop. Iowa has been described as Perry’s Alamo, so Heilemann was looking for “a burst of energy and an impressive display of his vaunted retail politicking skills,” something like John McCain’s performance in New Hampshire in 2008, who Heilemann says stumped “as if the fate of his campaign depended on it (which it did)” Instead, Heilemann writes:

Perry acted like he barely gave a shit. And, for a guy still ostensibly claiming that he is running for president, that is — or should be — more than little embarrassing.

Next up is tonight’s Fox News debate in Sioux Falls. Richard S. Dunham of the Houston Chronicle predicts that Perry and Ron Paul could team up to score points off Newt Gingrich and Mitt Romney, who remain the national frontrunners. Or are they? According to Real Clear Politics, a new Insider Advantage poll in Iowa has Perry third behind Gingrich and Paul with thirteen percent support, and one point ahead of Romney, which is a six-point improvement from November. 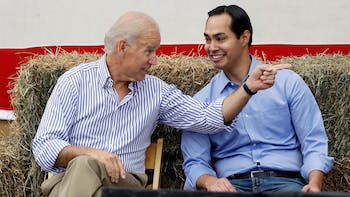 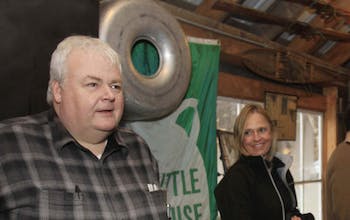 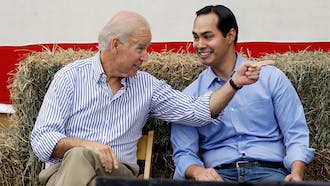 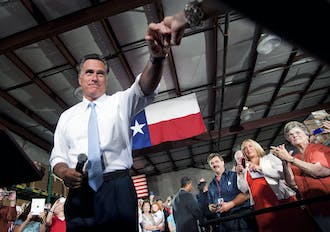 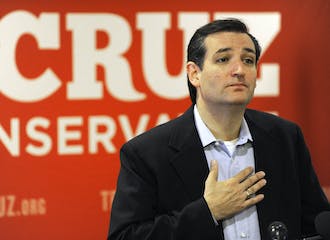