When political candidates find their campaigns struggling, they often make stupid mistakes. Just ask Land Commissioner George P. Bush, who seems to be feeling the pressure from his predecessor, Jerry Patterson, in the lead up to the Republican primary.

Patterson announced last month that he was joining two others in the Republican contest to unseat George P., and the former land commissioner took the opportunity to praise both George H.W. Bush and George W. Bush—George P.’s grandfather and uncle—for the jobs they did as president. But Patterson also noted that he thought the family star had fallen. “The Bush name is not an asset, it’s a liability,” Patterson said.

George W. left office in 2009 with a quagmire in the Middle East and an economic collapse in the U.S. But, despite Patterson’s claim, Bush’s approval rating has done a 180-degree turn as Americans compare him to President Trump. Now it may be George P. who is a drag on the family name.

Following Hurricane Harvey, George P. took the lead as the state official in charge of coordinating housing for people displaced by the storm. But in December, PolitiFact Texas found that Patterson’s claim that Bush’s office had repaired just two homes in the hurricane’s wake was “mostly true.” Bush has also been at odds with conservatives over plans to redevelop the Alamo plaza.

Over the weekend, Bush stepped on Governor Greg Abbott’s messaging about hurricane recovery. Abbott has maintained that the state can tap into its $10 billion rainy day fund to help fund the recovery effort during next year’s regular legislative session and that no special session is needed prior to that. But in an interview with the Bryan-College Station Eagle published on Sunday, Bush flatly contradicted the governor. “The Legislature needs to take a deep look at the rainy day fund,” Bush said. “We need a special session, and the governor needs to call it.”

Less than 24 hours later, Bush gave a statement to the Texas Tribune that felt like Bush had been put through the Abbott wringer:

“I clearly misspoke. I agree that calling a special session is not necessary. I will continue to work under [Governor] Abbott’s leadership as we help Texans throughout the hurricane recovery process.”

If starting the week eating the proverbial black bird wasn’t enough, Bush also had to put up with continued razzing from the social conservative wing of the Republican Party. The Northeast Tarrant Tea Party put out a tweet questioning whether Bush has built any kind of support in the Republican base.

Bush’s campaign manager, Ash Wright, took exception. “Commissioner Bush is proud of his conservative credentials and enjoys outstanding support from conservatives all across the state as evidenced by his extraordinary lead in financial contributions.  In addition, just last election cycle, Commissioner Bush was asked by the state party to coordinate and lead the entire state grassroots effort—the 2016 GOP Victory Campaign.  As Chairman of this effort, he built a network of grassroots supporters across the state who helped him elect Donald Trump president and who are working now to help re-elect Commissioner Bush.”

Bush started this year with $3.4 million in the bank, compared to Patterson’s $95,000, but Patterson had less than a month to raise his money. Patterson clearly is building grassroots support based on dissatisfaction with Bush. That could fade in importance if the Texas Republican establishment rallies to Bush’s side.

Even if George P. Bush’s fortunes are flagging at the moment, those of his uncle are on an upswing.

George W. Bush left the White House almost like Napoleon going into exile. In the aftermath of the 9/11 terrorist attacks on the World Trade Center and the Pentagon, Bush joined firemen atop the rubble in New York City, and, as much as the U.S. flag, he stood as a symbol of American resilience. His Gallup poll numbers soared to a 90 percent approval rating. But by the time Bush left office in January 2009, CNN polling found Bush’s approval rating at a dismal 33 percent. He went home to Dallas and learned to paint.

Then Donald Trump became president. Whatever complaints people had about Bush plunging the United States into a war in Iraq or the bailouts that followed the economic recession, a nostalgia was growing for a man with a steady hand and predictability.  Then, last October, Bush delivered a speech denouncing Trump’s policies, warning the nation to avoid “nationalism distorted into nativism,” while he also complained that the public discourse had been “degraded by casual cruelty” and that “bigotry seems emboldened.” A new CNN poll found that George W. is now viewed favorably by 61 percent of Americans.

The former president seems to be obtaining some redemption from the American public. Now, can George P. Bush do it with the Texas grassroots? 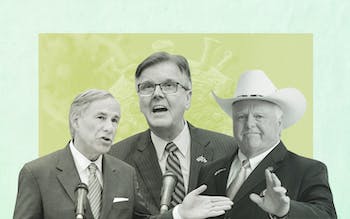 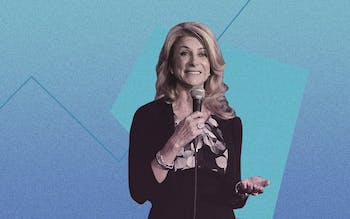 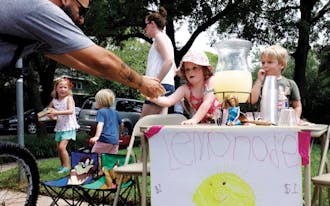