One of Texas’s most high-profile district attorneys, Williamson County D.A. John Bradley, faced a resounding defeat last night in the Republican primary—a race that became a referendum on his handling of the Michael Morton case. Morton, as you may recall, was exonerated last year after serving nearly 25 years behind bars for the murder of his wife, a crime that DNA testing revealed he did not commit. Bradley had opposed DNA testing in the case, and spent no less than six years trying to prevent it from going forward. Only after a ruling from an appellate court did the testing proceed. The results not only cleared Morton’s name, but pointed to another man, Mark Alan Norwood, whose DNA was found on a blue bandana that was also spattered with the blood of Morton’s wife, Christine. Norwood’s DNA was subsequently linked to another crime—that of Debra Baker, an Austin woman who was bludgeoned to death in 1988, and whose killer had never been caught.

Although Bradley tried mightily to distance himself from the Morton case—even going so far as to say that he had helped Morton gain his freedom—local voters were not so easily swayed. A widely-read local blog, the Wilco Watchdog, relentlessly dissected Bradley’s missteps in the case:

Bradley mocked Mr. Morton’s claim that DNA testing on the bandana and other items could possibly be linked, in Mr. Bradley’s words, to “a mystery killer”… Bradley derided Michael Morton’s request to test the evidence in light of the unsolved case as “silly,” and he told Rick Casey of the Houston Chronicle that Morton was “grasping at straws” by refusing to give up his quest for DNA testing.

The criminal justice blog Grits for Breakfast unearthed a damning thread of comments that Bradley had written on the Texas District and County Attorneys Association’s user forum several years earlier that suggested he was more interested in destroying DNA evidence than testing it. Observed Grits:

Bradley advocated seeking DNA destruction as part of plea agreements on the grounds that “Innocence … has proven to trump most anything.” “A better approach,” he said, “might be to get a written agreement that all the evidence can be destroyed after the conviction and sentence. Then, there is nothing to test or retest.”

Williamson County has always prided itself on being tough on crime, and on handing down some of the most punitive prison sentences in Texas. There was no better embodiment of this than Bradley, who prided himself on not seeing any shades of grey. In 2009, when he helmed the Texas Forensic Science Commission’s aborted inquiry into the controversial case of Cameron Todd Willingham, he famously scuttled questions about whether or not Texas had executed an innocent man. Bradley—who was tasked with conducting a supposedly impartial inquiry into the flawed forensic science that had helped convict Willingham—set the tone when he called Willingham “a guilty monster.”

The Morton case served as the ultimate litmus test of Bradley’s particular brand of justice. And Bradley, try as he may, could not escape it. This spring, Mark Landrum, the jury foreman in Morton’s 1987 trial, endorsed Bradley’s Republican primary opponent, county attorney Jana Duty. So did Caitlin Baker, the daughter of murder victim Debra Baker. Soon an anonymous person nicknamed “the Bandana Bandit” began tying bandanas to Bradley’s political signs—a quiet reminder of the D.A.’s failings.

Though Morton himself stayed above the fray, his attorney, John Raley, of the Houston firm Raley & Bowick—who worked for six years pro bono on Morton’s behalf—penned a damaging letter that ran in several Central Texas newspapers shortly before the election. Raley did not endorse Duty, but wrote:

Instead of agreeing to a simple test that can only reveal the truth and would be free to the state, Bradley spent countless hours and taxpayer dollars opposing the testing every way he could. It cannot be denied that if the murder happened in 2005, the bandana would have been DNA tested as part of law enforcement’s efforts to identify the murderer. When I asked Bradley why he was fighting so strongly against DNA testing, he said, “It would muddy the waters.” I responded, “Mr. Bradley, truth clarifies.”

Much of the Williamson County political establishment threw itself behind Bradley, as did Governor Rick Perry (who had previously installed Bradley at the helm of the Forensic Science Commission). In a letter to Williamson County Republicans this spring, Perry praised Bradley’s “experience,” “sound judgment,” and “integrity.” The governor added, “You and your family are safer because John Bradley has served so well as your district attorney.”

Williamson County voters seem to have seen things differently. Despite Duty’s own baggage—she was reprimanded by the State Bar last fall —she still prevailed by a resounding ten-point spread. (She will face Democrat Ken Crain in the general election on November 6, but in heavily red Williamson County, the Republican primary is the election to watch.)

Bradley, who is rarely at a loss for words, has not issued an official comment thus far. His website now only bears one sentence: “Thank you to all the supporters of John Bradley for Williamson County District Attorney. 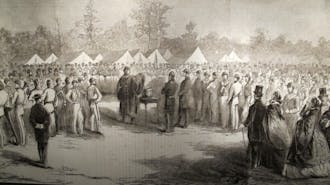 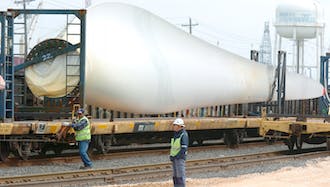 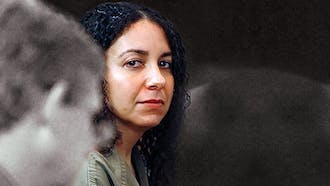 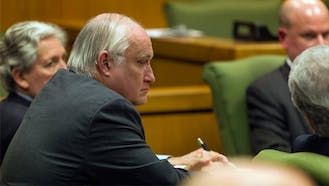