Who decides which textbooks are used in the public schools? It’s up to the State Board of Education, whose fifteen members are elected from districts around the state. But by the time a book actually gets in front of the SBOE, it seems that nearly everyone in Texas has weighed in and tried to massage its content.

How so? First, consider the tortured three-year approval process for textbooks. It begins with a notice sent to publishers by the Texas Education Agency soliciting books that comply with the state’s curriculum requirements for each subject. (Textbooks have a nine-year life span in Texas, and books covering different subjects come up for review every year.) The publishers produce drafts and submit them to board-approved volunteer committees made up of educators in the textbook subjects’ fields. After roughly two years of study, the committees send the SBOE a list of books they believe conform—and don’t conform—to Texas’s educational standards. Then the controversy begins.

What controversy? Before the SBOE votes on any of the recommended books, publishers must make formal presentations at a series of public meetings that have become, over the years, a sort of free-for-all on hot-button issues. For example, at public forums held in the summer of 2004 to discuss possible middle- and high-school health textbooks, conservative groups argued that the chapters on sex education needed to define marriage as a union between “a man and a woman”—as it is defined under Texas law—rather than “two people.” Previously, such groups have argued against the absence of creationism in biology textbooks, the coverage of global warming in environmental science textbooks, and in the wake of 9/11, a too-favorable definition of Islam in a social studies textbook.

How does the SBOE respond to these complaints? In 1995, intent on keeping ideology from creeping into textbooks, the Legislature passed a law stating that the SBOE can reject a book only on the basis of factual errors or failure to meet the state’s curriculum standards. Still, members of the board sometimes receive hundreds of calls and e-mails on a particular issue. Rather than vote against a disputed book, members often use the threat of rejection to strong-arm publishers into making edits; after hearing the debate on marriage at a special meeting last November, several publishers agreed to change the language in some of their health books. Voilà! The next day the SBOE approved the books nearly unanimously.

And if a book is rejected for ideological reasons? It’s never easy to prove. After all, the controversy usually centers on questions that inhabit the gray areas between fact and fiction: Is it factually incorrect for a biology textbook to raise serious doubts about Darwin’s theory of evolution? Should global warming be presented in a chemistry textbook as a reality or a hypothesis?

So there’s no recourse? Actually, the SBOE’s decisions can be challenged. In November 2003 Trial Lawyers for Public Justice, a national public-interest law firm, filed suit against the SBOE claiming that it rejected a textbook two years earlier because of the book’s coverage of the environmental impact of the oil and petrochemical industries (the suit is pending). And individual school districts that disagree with the SBOE’s rejection have the right to select books from the “nonconforming” list. But according to Robert Leos, the senior director for textbook administration at the TEA, most districts don’t even look at the books on that list.

Why is Texas the only state with these controversies? It only seems that way. With 4.1 million public school students, Texas is the second-largest purchaser of textbooks in the country (California is number one). Oftentimes that means publishers focus their attention on getting their books accepted here before they market them to states with less buying power—so Texans have more influence over the final product. In other words, it’s, well, a textbook case of economics. 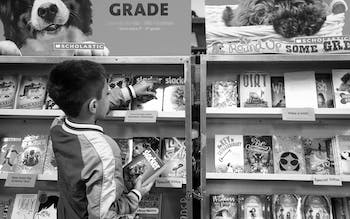 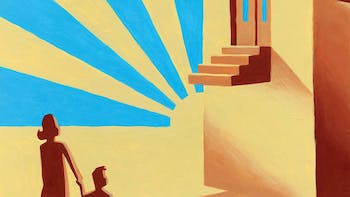 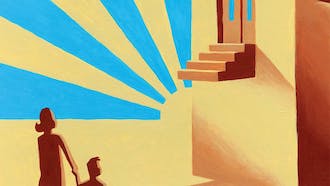 A response from Michael Williams 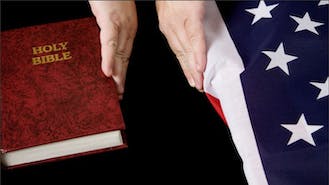