Learning about bourbon can easily become a lifetime pursuit—who knew that you can become a certified bourbon steward, join a bourbon club, or listen to hours of bourbon podcasts?

The law stipulates pretty specific rules, saying that bourbon must be produced “from not less than 51 percent corn” and be “stored in charred new oak containers,” usually barrels.

Bourbon’s complexity is created by distillers’ finetuned fermented mashes and how the barreled spirits are aged, a key step in taming the fiery alcohol that distillation produces. “Straight” bourbon requires two years’ aging, and premium bourbons like Garrison Brothers spend a minimum of four years in barrels. 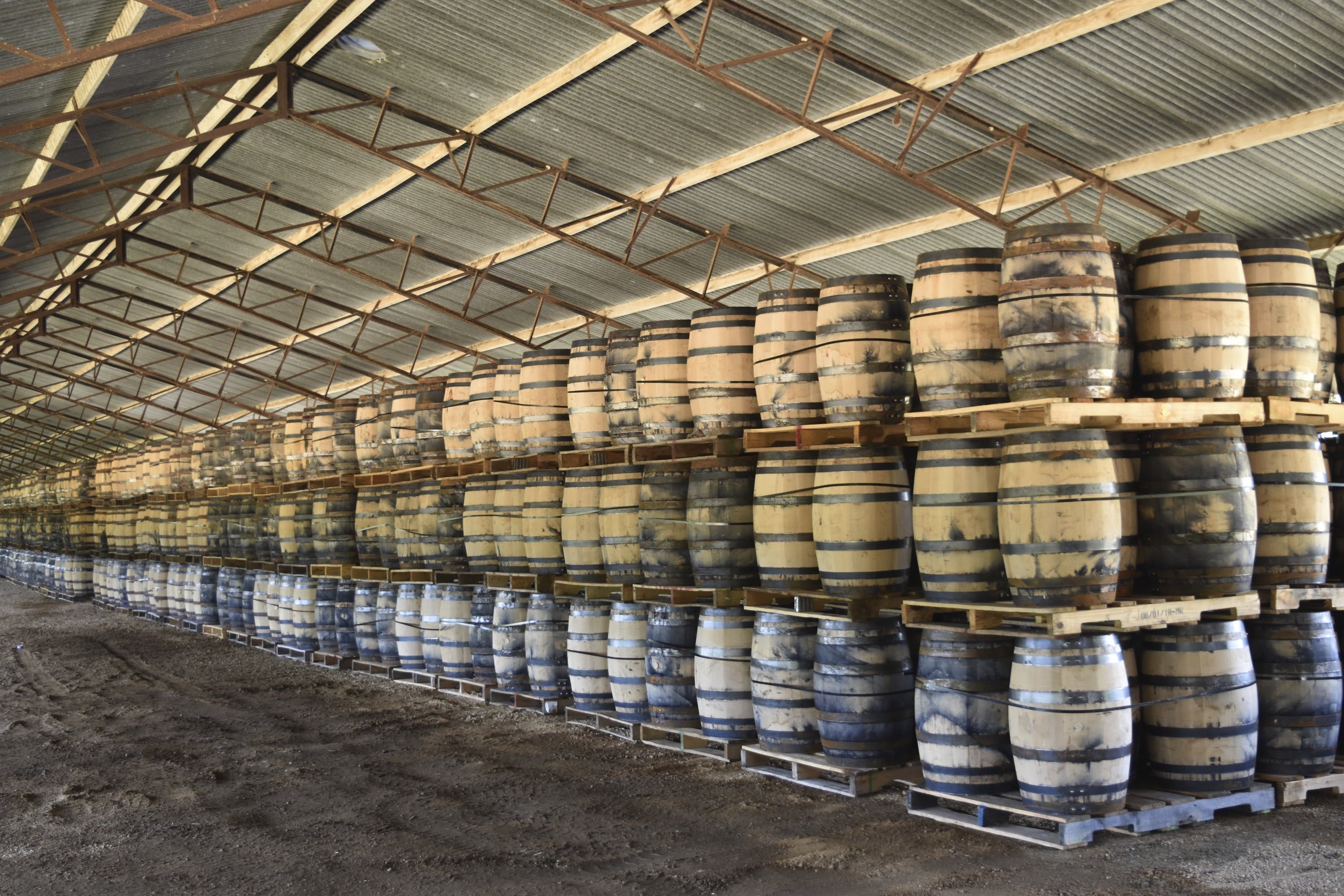 Until recently, bourbon was only made in Kentucky, but bourbon may be created in any state, much to the joy of Dan Garrison—Garrison Brothers founder, bourbon lover, and Texan—who in 2010, introduced the first bourbon whiskey legally made in Texas.

Garrison Brothers is proud to source its mash grains in Texas, from High Plains white corn to barley grown near Fort Worth, and that it uses Texas aquifer and rain water. Its unique recipe, together with the state’s temperature variability, help create the award-winning bourbon’s flavor concentration believed to be achievable only in the Lone Star State.

An ideal tasting glass is a Glencairn, made of crystal with a chimney and full bowl. Luckily, Garrison offers such a glass, engraved with its logo, right at the distillery or on the website. But don’t let the lack of a fancy glass stop you from sipping bourbon.

Check out the color. Swirl the bourbon in the glass once or twice, releasing its flavor notes and giving you an opportunity to appreciate and note its gorgeous color as it rolls around the bowl — is it light amber? Dark? Chestnut?

Now for aroma. Position your nose above the glass, and — here’s the tricky part — inhale through your mouth, where the fragrance will still enter your olfactory system. A direct whiff in your nose will likely burn and not tell you anything about the scents you’ll otherwise notice like vanilla, spiciness, or smoke.

At last: the first taste. Bourbon isn’t for gulping. That will set your throat on fire, and you’ll miss subtle flavor notes. Take a small sip; Garrison Brothers recommends moving the bourbon around your mouth as if it’s hard candy for eight or ten seconds. Notice flavor differences like sweetness or salty notes on different parts of your tongue. A small initial taste also primes your palate for the drinking to follow.

Finally: Enjoy! Savor your bourbon and have fun learning all you want to know about it!

Do you think your homemade whiskey cocktail can rival the pros? We’re giving you the chance to have your recipe highlighted at the Bourbon Brawl finals competition in Austin! The prize package also includes tickets to semi-finals and finals competition, lodging accommodations for the finals, and other Texas Monthly goodies. Click to enter. Happy mixing!

When Your Mother Is a Ghost Hunter

My Unplanned Pregnancy in Texas Before Roe