Perhaps Panama City Beach’s greatest draw is its eco-diversity, which can be experienced in full via a leisurely afternoon of roaming the grounds of Camp Helen State Park. The largest coastal dune lake in Florida, Lake Powell, borders Camp Helen to one side with the Gulf of Mexico confining it from the south, meaning the state park is populated with both fresh and saltwater and an abundance of flora and fauna.

A place of respite for employees of a major, national textile manufacturer for more than 40 years during the mid-20th century, the historical buildings comprising the majority of the structures near the lodge are listed on the National Historic Register of Historic Places; peering into the colorful cottages is worth it for a glimpse of history for the park. The Big House, as the visitor center and lodge is called, was originally designed as a home for one of the owners.

The 185-acre park is also home to a diverse subset of naturally occurring landscapes, made up of mesic flatwood, marsh, undulating dunes, scrub oak forests, and miles of pristine walking trails along the wooded interior and beachfront. Beachcombing—or enjoying a coastal area while hunting for shells or a little peace and quiet—is one of the best methods of exploring this slice of Panama City Beach paradise and getting a sense of its storied past. Humanity has prowled the sandy shores of this region of North America for at least 4,000 years, so you’ll be in good company while searching for prehistoric middens and rare migratory birds. 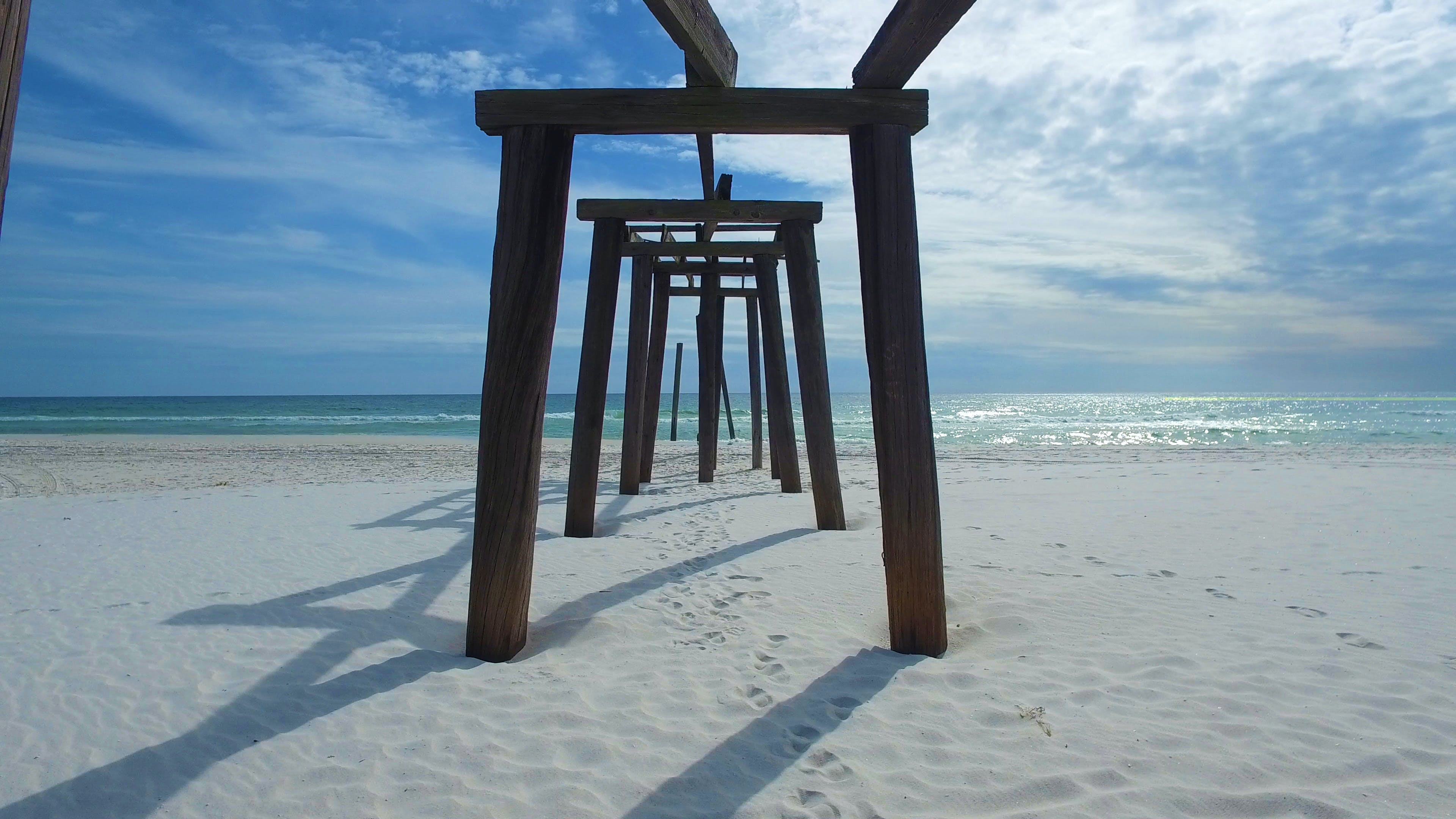 Many anglers have their own boats, which they can put in at the Lake Powell public ramp behind the Publix grocery store, but if you don’t own a watercraft it’s still relatively easy to get out on the lake for some redfish or speckled trout action. An outfall from Lake Powell runs into the Gulf of Mexico, bringing saltwater species in to mingle with freshwater counterparts, which results in the brackish, red-brown appearance of the inland water despite the pristine environment. Bank fishing is also popular, with many options for the casual fisherman available in both flavors of water.

In addition to fresh and saltwater fishing, birding and aimless beachcombing, kayaking over Lake Powell’s glassy waters is a favorite pastime for families, while paddleboarders can choose to put their SUPs in the calm waters of the lake or the churning waves of the gulf. The park provides rentals on-site through a community-based organization, Friends of Camp Helen State Park, at affordable rates: $50 to $60 for a full day’s use of single or tandem kayaks, as well as paddleboards.

Camp Helen is open daily from 8am until sunset, with its iconic, ramshackle pier an anchor for ample Instagram opportunities. The park is at its finest at golden hour—right before the sun sinks behind the gulf in a final blaze of fiery glory—and the resident deer often come out to play, so keep your eyes peeled for wildlife sightings beneath the cloak of dusk. The state park charges an entry fee of $4 per vehicle or $2 for pedestrians or bicyclists.