When the City of Lubbock committed to revitalizing downtown in 2011, it was no surprise the former Pioneer Hotel was one of the first buildings to see a transformation. Now, the building serves as the cornerstone to downtown redevelopment with a destination dining spot, The West Table Kitchen and Bar, as well as business partner and popular local pub, The Brewery LBK. The duo immediately proved to be a great success with locals and visitors alike, with the brewery’s craft beers and cocktails providing a great synergy with the seasonal dishes at the restaurant.

In 2020, The Brewery LBK impressed with its recognition as one of the Top 15 Brewpubs in the Country by USA Today. For the past two years, the brewery has pleased patrons with its craft brews, adult lemonades, weekend brunch and even canned cocktails at their inventive craft brewpub.

The opening of The Brewery LBK helped Lubbock’s downtown culinary and craft scene to flourish. The location, coupled with the growing energy of downtown, launched this brew house into craft brew stardom. In addition, the large contingent of local craft beer enthusiasts has proved to be a key component of The Brewery LBK’s success. 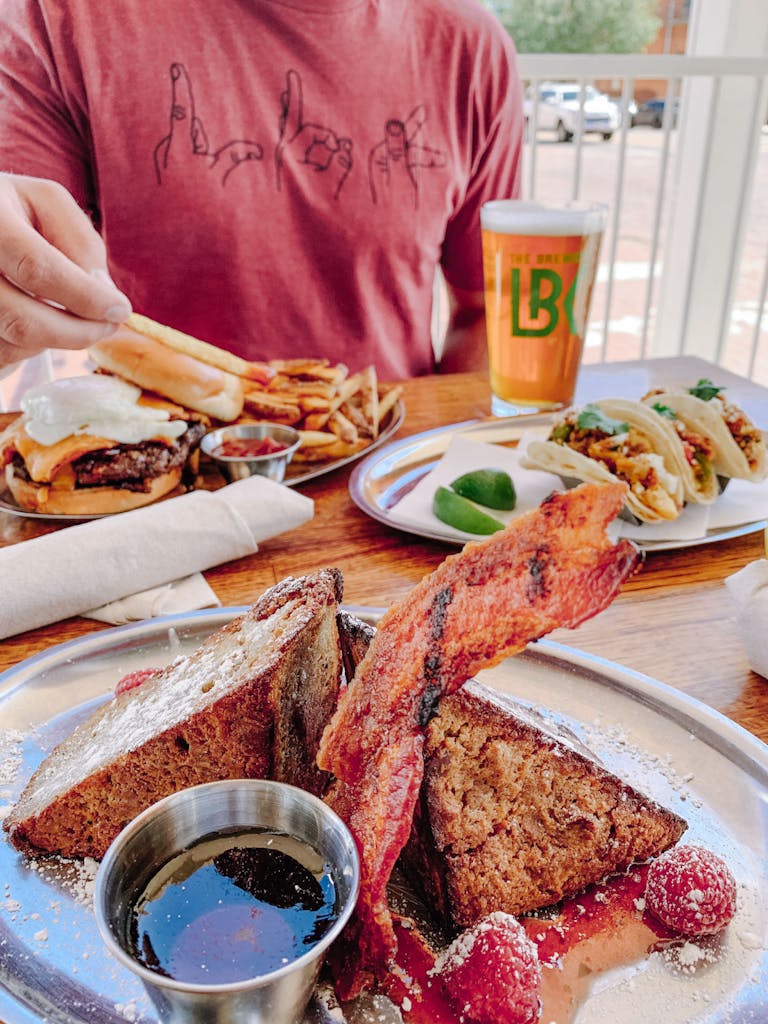 With a wide-ranging clientele, including Texas Tech University graduate students, young professionals and the downtown workforce, this dog-friendly brewery continues to be a hit among the locals. Customers can savor unique brews such as the popular New England IPA, a hazy style, non-bitter IPA. The West Coast IPA is another classic with a decent amount of bitterness in the hops, but smooth and easy to drink. The rest of the beers on tap are seasonal, including the Slim Shandy, a watermelon Shandy made with gluten reduced Kölsch, the Chaos Theory, a Farmhouse Amber with hints of fall, and many more.

For those who prefer something with more of a kick, the brewpub offers a variety of canned cocktails and hard lemonades. We recommend the Cuban Cosmonaut, a refreshing hard lemonade made with guava and pineapple. The Desert Pear Mojito is another crowd favorite, made with rum, prickly pear, pear syrup, mint and lime.

As The Brewery LBK continues to grow and thrive, serving as a crucial component to the “Hub City’s” downtown development, many other burgeoning businesses are growing alongside them. The 806 has come a long way with its culinary, music and arts scene. As Texas’ first cultural arts district, the downtown district houses the Charles Adams Gallery and Charles Adams Studio Project (CASP), LHUCA, the Buddy Holly Hall of Performing Arts and Sciences, which is scheduled to open this winter, and the monthly arts event, First Friday Art Trail (FFAT). Studies have shown that cities with a thriving downtown coupled with a cultural arts scene are more attractive to businesses and those looking to relocate. And, with downtown experiencing a surge of new businesses relocating and existing businesses refurbishing their buildings, the future of Lubbock’s downtown is bright. 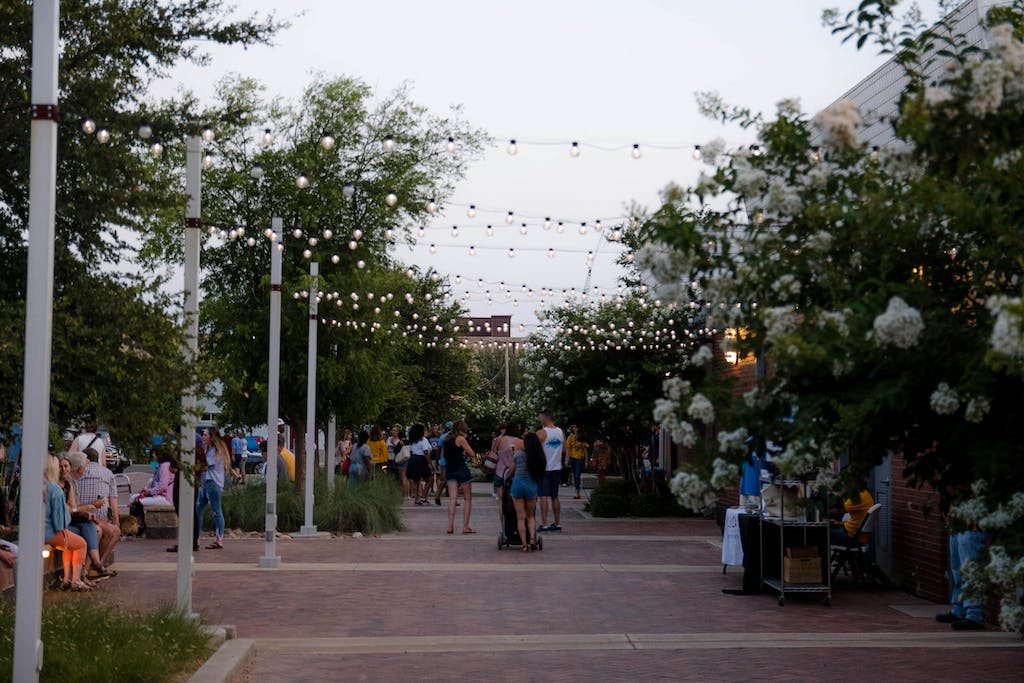 It Takes a Village: San Antonio Shows Up to Celebrate a Local Teen’s Birthday

For This Miniature-Obsessed Texas Crafter, No Detail Is Too Small