Art imitates life in Pearland’s collection of colorful murals, which have been popping up all over the city for the last decade. Termed “Art on the Go” by the town, these murals are easy to check out as you explore Pearland by car, bike, or foot—and you’ll definitely want to check them out to snap a few photos in front of these naturally vibrant backdrops. The city’s most iconic and recognizable mural spells out “Pearland” in giant block letters across one full exterior wall. The images around and within the letters sum up what Pearland is all about in a radiant tribute to the old railway town turned sprawling metropolis.

King’s Biergarten & Restaurant, a Pearland favorite, pays tribute to the owner’s heritage with its two-story outdoor mural portraying a happy, bustling street scene in Austria. Inside the restaurant itself, you can find more murals promoting the traditional German food and drink that are King’s claim to fame. Inside the new Delores Fenwick Nature Center, where visitors learn about Pearland’s native plants and animals, illustrations of hopping frogs and baby alligators line the walls, creating a mural that demonstrates the city’s devotion to nature. Another mural to visit is at The Drink Station, presenting a boldly colorful depiction of the owner’s vision for the specialty drink shop, which he hopes will serve as a creative outlet for the Pearland community.

Perhaps the most Pearland-esque attraction in the city, the Pear-Scape Trail is another fun way to experience art while visiting Pearland. Following a path laid by 20 four-foot-tall fiberglass pear statues, the Pear-Scape Trail takes you on a journey to ten prominent Pearland locations in true scavenger-hunt-like fashion. Each pear was designed and hand painted by a local artist, some of which were inspired by the work of renown artists like Vincent Van Gogh, Jackson Pollock, and Gustav Klimt. If a picture paints a thousand words, then the painted pictures on these pears tell the story of Pearland’s history, patriotism, nature, music, and art. 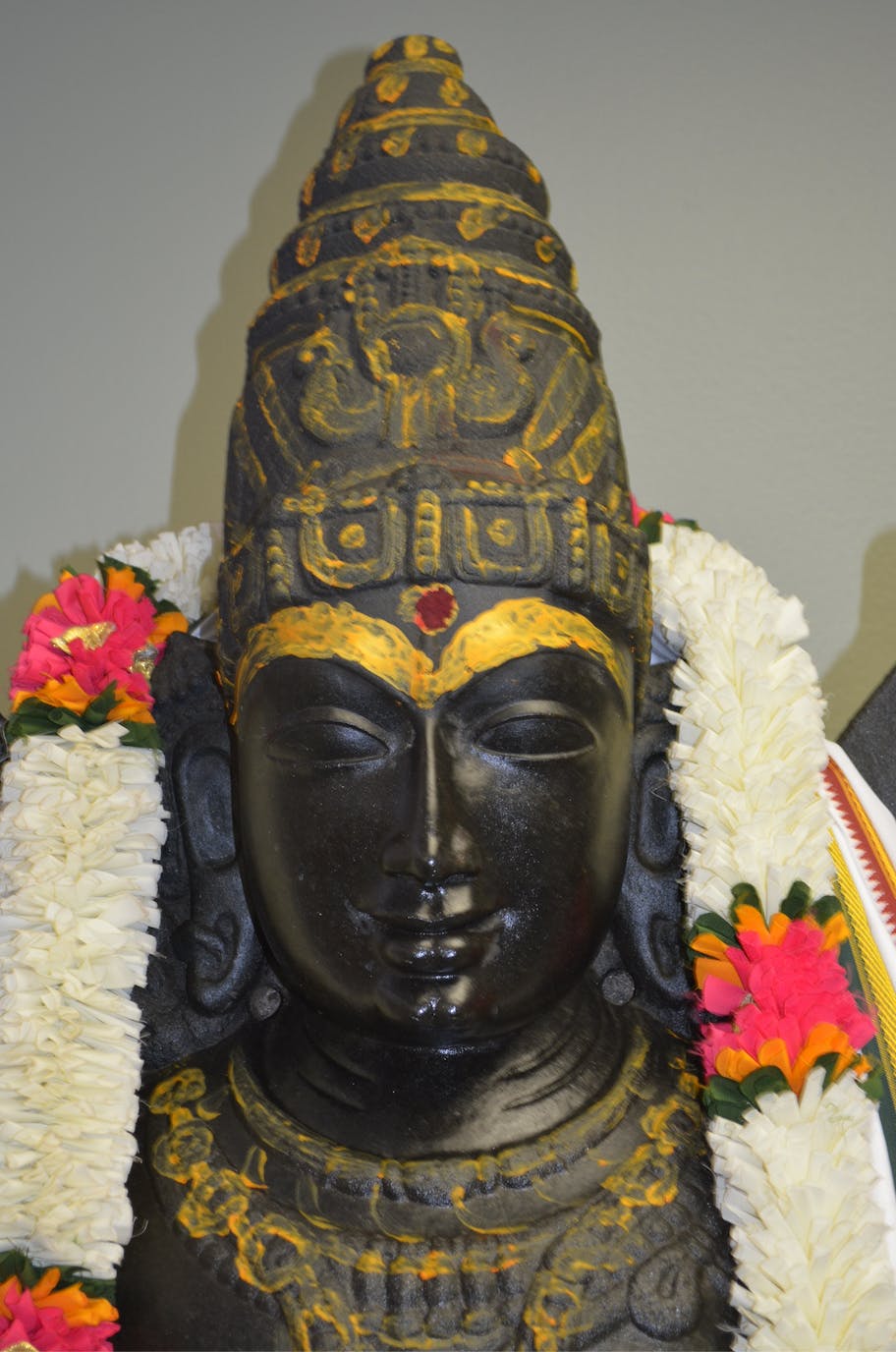 Looking to explore art and culture from the other side of the world? Step inside the Sri Meenakshi Hindu Temple, an intricately decorated temple dedicated to the goddess Meenakshi and the only one of its kind found outside of India. This Pearland icon is both an architectural marvel and a cultural sanctuary in which you can observe ornate shrines of Hindu animals, deities, and gods. The temple is an active place of worship, however, so make sure to respectfully cover up when you visit—not shorts or sleeveless tops, please. For a more educational and interactive look into Indian culture, stop by Pearland’s newly opened Kannappan Art Museum, the city’s first museum and a space that displays 100+ striking examples of Indian art and artifacts. Visitors can view pieces exhibiting everyday life in India, as well as others celebrating India’s rich cultural heritage and history. For more art and culture, the Houston Museum District is only a short drive away, but Pearland’s abundant art scene promises to keep you happily engaged while you’re in town.

The Making of an Anti-vax Warrior

‘The French Dispatch’ Is Wes Anderson at His Most Self-indulgent

What Texas Inherited From Larry McMurtry