Every icon has an origin story. Initially designed as a staple that could withstand the work of ranch hands and rodeo cowboys in 1947, Wrangler denim soon became a revolutionary style move for the icons. By the early 60s, America had officially become a superpower, and everyone wanted to emulate it. Its simple functionality and outlaw appeal made Wrangler a natural choice for artists, musicians, and actors always looking to set trends and blaze new trails. To celebrate this authentic attitude and era-defining style, Wrangler introduces its ICONS Collection of jeans, shirts, and jackets for a generation who will create and be part of the iconic moments of today.

“From rockers to free spirits, artists to outlaws, in the rodeo and on the street, Wrangler has outfitted those who live by their own rules and refuse to be defined,” said Jenni Broyles, Vice President/General Manager Wrangler, Modern Lifestyle. “The Icons Collection captures the essence of the stars that created an era of groundbreaking music, culture and style and combines it with the hottest trends in denim today.” Six iconic denim styles, steeped in heritage and forever linked to the 70-year Wrangler journey, have been re-issued and re-styled for the modern world. The definitive, cult icons are available in five different stages of wear and fade to give the collection its unique edge (new, six month, one year, two year and three year):

● STAGE 1 New: Denim comes in crisp, rich, and, dark straight from the mill.

● STAGE 3 One year: Darker fade patterns recall a year of wear while keeping to the denim connoisseur’s trend for rarely washing jeans.

● STAGE 5 Three year: In line with the evolution of the “no wash” trend this denim recreates the look of a jean that has been washed only a handful of times with authentic fade patterns.

11MWZ, Men’s Western Zipper: The first Wrangler jean was known by the code 11MWZ–11 was a reference to the 11oz weight of the denim and the MWZ stood for men’s western zipper. For the 2019 reissue the original style’s exaggerated “kick” historically cut generously to fit over a cowboy boot is streamlined for today’s consumer. Otherwise with the same slim profile higher rise and original tobacco stitching against the revolutionary broken  will denim it’s just as any mid-century rodeo star would remember it. Available in new, six-month, one-year, two-year and three-year wear and fade patterns.

11WWZ,  Women’s Western Zipper: Like its brother version, the 11WWZ code refers to the 11oz denim weight, while WWZ stands for women’s western zipper. Based on the original 1950s fit and taking style cues from the Wrangler original Cowboy Cut, this slim-fitting jean has a high rise to contour an accentuate the waist and hips.  Available in new, six month, one year, and three year.

124MJ, Men’s Western Jacket: The archetypal denim jacket, Steve McQueen wore it buttoned up and collar popped, while John Lennon look a more bohemian approach, wearing his open and over a shirt or sweater. Regardless of how you style it, the design is timeless, and the reissue is virtually unchanged. The sleeves are slimmed, and the body is slightly lengthened and the proportions, positioning of the heritage tobacco stitching, rounded pocket flaps and copper buttons are all true to the original. Available in new, six month, three year. 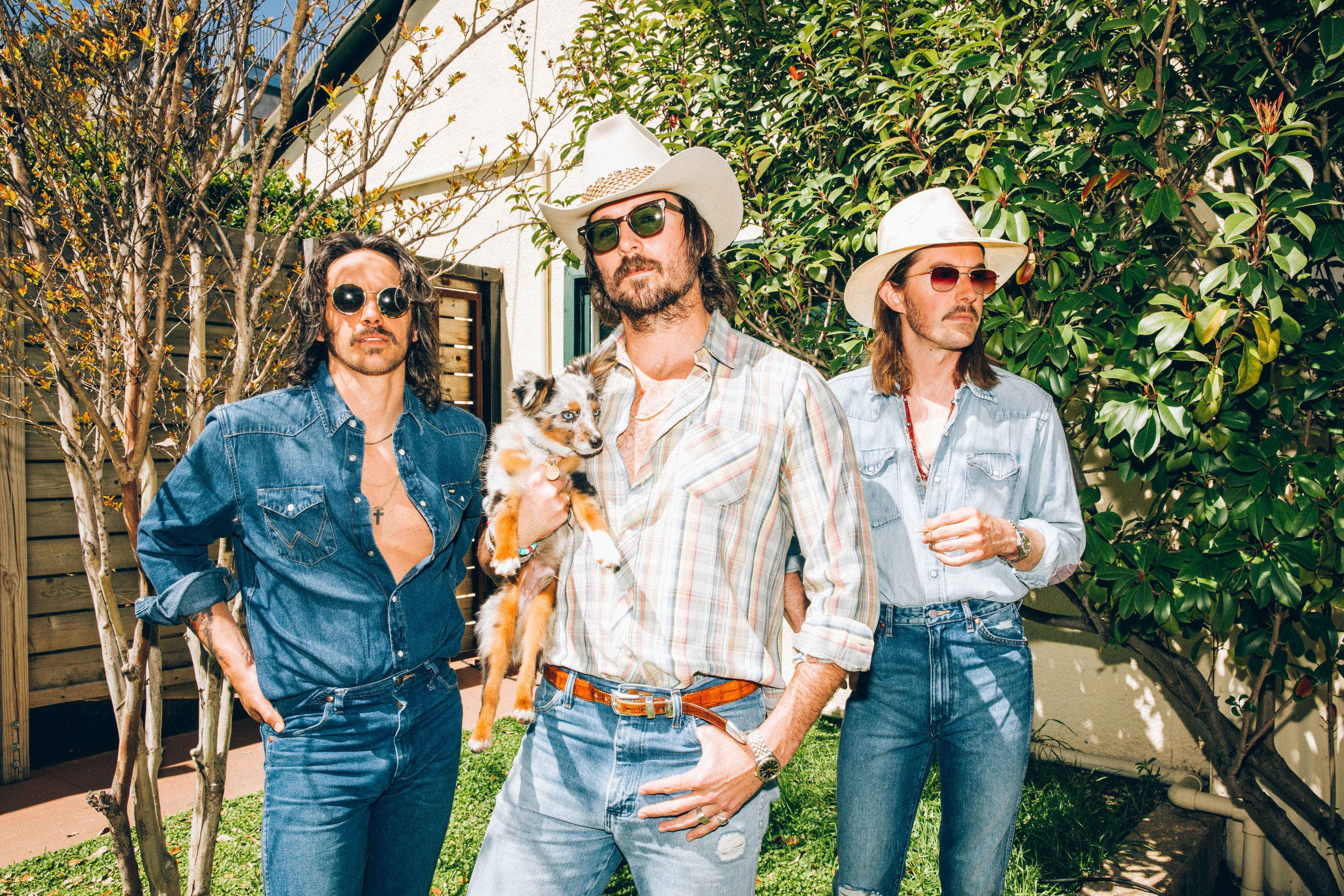 27MW, Men’s Western Shirt: Created for cowboys but embraced by rock stars, the 27MW launched in the mid-1960s, this piece quickly became a blueprint for the western-style shirt. The reissue remains faithful to the original,  with authentic detailing on the shape and depth of the yokes, cuffs and plackets,  color and positioning of the stitching, and iconic details such as the W pocket stitching and pearl snaps. Available in new, one year, two year.

27WW, Women’s Western Shirt: The inspiration for this piece lies in the classic style of western wear, pioneered by Wrangler in the late 1940s. The women’s western shirt features authentic detailing from the era,  including the shape and depth of the yokes and the style of the cuffs and plackets. Available in new, one year, two year.

The Wrangler ICONS collection is available on Wrangler.com, with select styles available at premium department stores and boutiques. The collection ranges from$88 to $148.

Greg Abbott’s Border Fence Is Rising in Bits and Pieces

When Simone Biles Comes Home to Houston, Throw Her a Darn Parade

With 350 Varieties, Tamales Are as Diverse as They Are Delectable