Texas, for better or worse, is not shy about taking credit for anything good, particularly if it involves food. A few years back, contributing editor Gary Cartwright argued in these pages that Athens could quite possibly lay claim to serving the first hamburger, in 1904. Just recently, Austin and San Antonio embroiled themselves in a fairly good-humored fracas over which city could claim the better breakfast taco. And then we have the Chilton, a bracing, lemony cocktail allegedly born of a thirsty Lubbock doctor and a country club bartender who conspired to come up with a refreshing South Plains potable. The Lubbock Avalanche-Journal, in an October 2, 2015, piece celebrating National Vodka Day, tried to get to the pulp of the matter but determined that the legend of Dr. Chilton and his zesty creation “remains a rumor.” The blog for the city’s CVB, on the other hand, includes the tale in its list of “Lubbock fun facts.” Lending credence to the story is the fact that the drink—vodka, lots of lemon juice, bubbly water, and a salted rim—is virtually unheard of outside West Texas. That’s too bad, because the Chilton is sunshine in a glass, a gloriously simple beverage that’s as dry (no pun intended) and unpretentious as its presumed homeland.

“I believe that if life gives you lemons, you should make lemonade. And try to find somebody whose life has given them vodka, and have a party.” 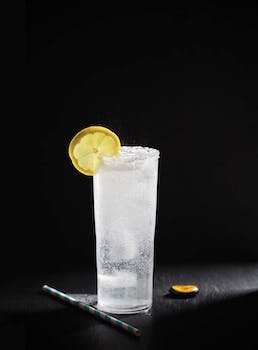 A cocktail as bright and pure as the West Texas sun.
Servings 1
Print Share