Whether he’s out in the field or in the kitchen at his Austin restaurant Dai Due Butcher Shop and Supper Club, chef, hunter, and author Jesse Griffiths spends his days in the pursuit and preparation of wild game. Griffiths describes this recipe, from The Hog Book, his forthcoming cookbook and manifesto on Texas’s overabundant wild pig population, as basically the “taco meat” from his youth.

This article originally appeared in the February 2021 issue of Texas Monthly with the headline “High on the Hog.” Subscribe today. 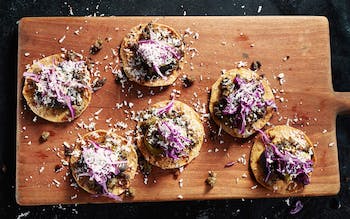