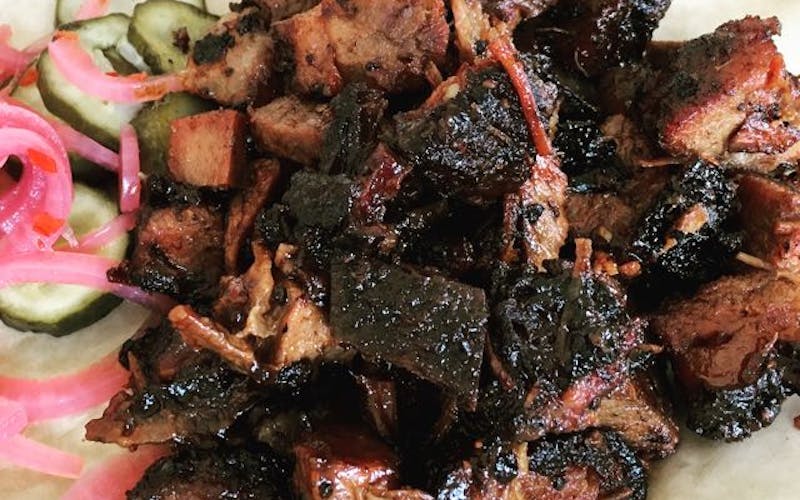 This isn’t your average barbecue joint. In fact, it doesn’t feel right to call it anything but a restaurant. The building is new and the interior is immaculate. Matt Dallman, the pitmaster, is a Kansas City-native and has sought to recreate barbecue from his home state since he moved to Dallas in 2001. As it should be at a Kansas City barbecue joint, the burnt ends are their best item. As for the sandwiches, the subtle smokiness of the moist salmon is lovely, and the tender chicken is great on the buttered bun. Dinner options are fancier, like a tasty smoked salmon with velvety whipped carrots, a bright carrot pesto, and field peas. Sure it is fancier than you’d expect, but it is a restaurant where you can get good barbecue and take the picky in-laws who value reservations, a full bar, and a steak.

Method: Oak and hickory in a wood-fired rotisserie