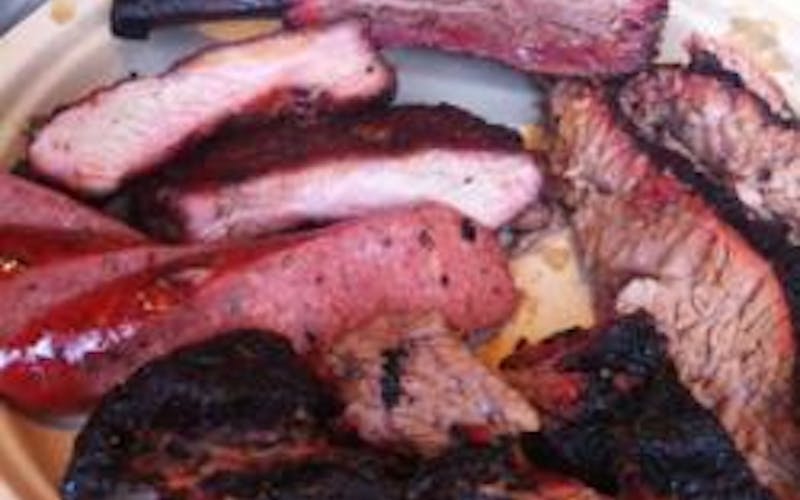 The black crust and rosy meat of the beef short rib beckoned. This meat had the best smokiness of the bunch and was the most consistently moist and pull-apart tender cut over the three visits.  While they were well cooked and plenty tender, the sliced brisket pieces were missing something– maybe a bit more smoke or even a little salt, but it fell short of the beef ribs.  Why they elevate the cost is beyond me, but the flavors were more intense and satisfying on the brisket burnt ends, and the fat was admirably rendered. The sliced turkey and the smoked sausage were both boring without being off-putting.