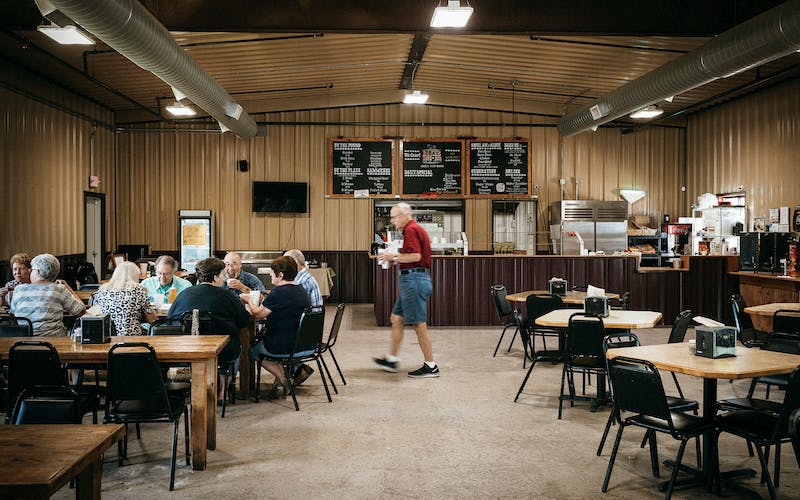 When a joint executes the holy trinity as well as Baker Boys does, you’d be forgiven for overlooking its other meat options. But don’t make that mistake here. The smoked turkey, generous half chicken, roasted raspberry-chipotle-glazed pork loin, and chicken legs stuffed with jalapeño and onion should not be missed. Phil Baker and son Wayne, who opened their spot in a spacious metal building along a highway six years ago, use charcoal instead of wood to smoke all the meats except for the sausage (the result: a flavor more akin to grilled than smoked). “We’re one of the few places that does that,” an employee boasted as she took our order. Most of the side dishes are made in-house, but the real nonmeat standouts are the desserts, including a classic banana pudding and a dark-chocolate pie topped with a white cloud of meringue.

Pro-tip: Get the chocolate meringue pie chilled, not at room temperature.