BBQ on the Brazos 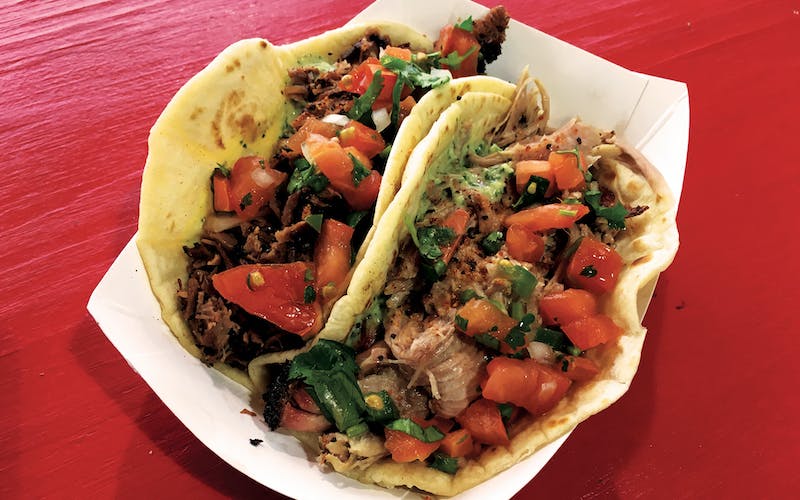 The St. Louis cut ribs towed the line between Texas simplicity and over-seasoned competition style. The middle ground was pork rib perfection. Bite marks through the meat showed the superb texture and the flavors were a well balanced mix of sweet and heat from a rub and subtle glaze and smoke from post oak. A sprinkling of sweet rub over the entire tray just before serving added another level of flavor that was welcome on the ribs, but didn’t work so well with the brisket which needed no adornment. Thick slices from the flat had a thick black crust along the edges, and a solid smokiness all the way through. The fat along the top of the lean slices and coursing throughout the fatty slices was all nicely rendered. The fatty slices were cut too thick to be as tender as the lean, but it was all better than any brisket I’ve had in Fort Worth. It could even hold its own in Austin.