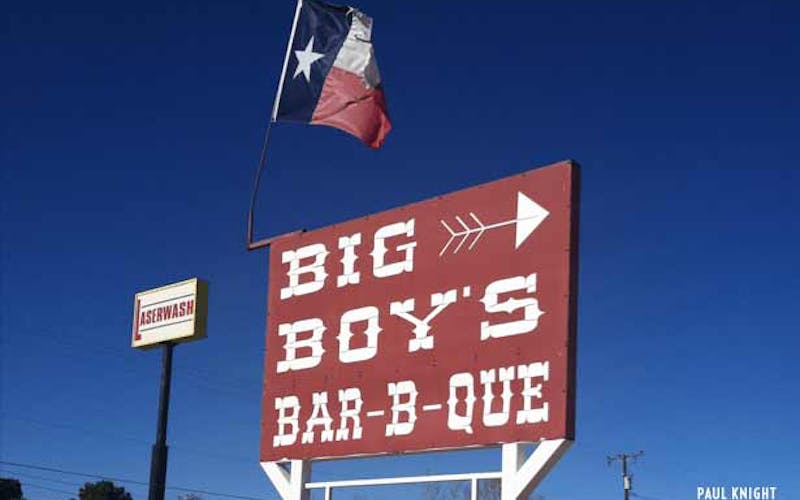 Travel west or northwest from Sweetwater, in an area roughly the size of Pennsylvania, and you won’t find anything that touches the plates served here. Pitmaster Gaylan Marth cooks all his meat over mesquite-fueled pits (of his own design) in a porch behind the main restaurant. The brisket, cooked for between seven and nine hours, comes out with a salty-peppery, saliva-inducing kick and will melt in your mouth and make you forget about the dusty landscape around you.

The ribs come in two varieties, “My Ribs” and “Your Ribs.” If traditional pork spareribs are your thing, order the Your Ribs. The My Ribs are a bit different, a country-style rib cut from pork butt. Both are served with a light candied glaze that Marth makes himself and that doesn’t overpower the flavor from the salt-and-pepper rub or the delightful smokiness in each bite.