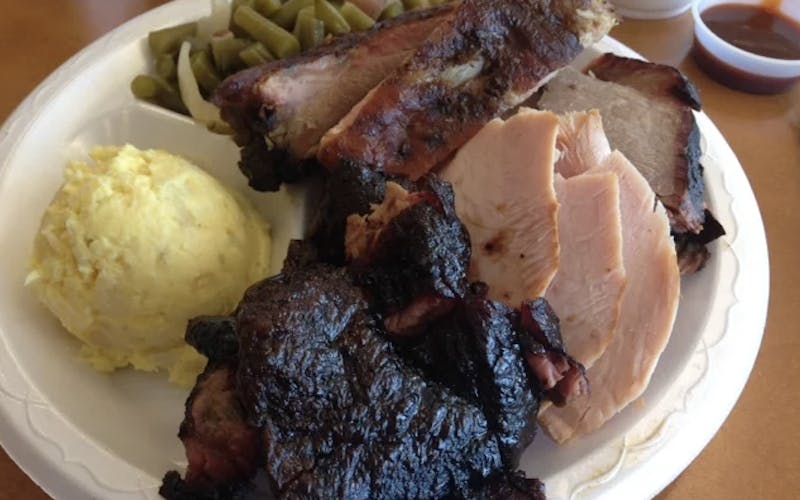 So often when you find the Kansas City staple on a Texas menu, it’s just cubed up fatty brisket with some extra seasoning or sauce added. The fatty morsels at Big Daddy’s were surrounded by an intense bark and smoked to a transformative point. Biting through the sometimes tough outer layer into the liquefied fat was akin to the sensation of biting into a cream-filled chocolate from a Whitman’s Sampler box. Each one was a gusher with an addictive smokiness and saltiness that the sliced brisket couldn’t match. Dry slices from the lean side exhibited a stale smoky flavor that betrayed its time in the Southern Pride rotisserie.

Method: Pecan, hickory, and oak in a gas-fired rotisserie