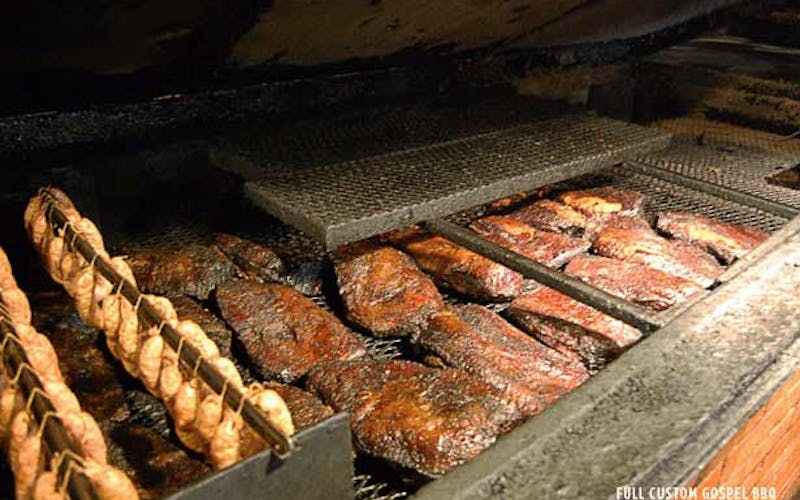 Kent Black’s methodology (developed by his parents, Edgar and Norma Jean) is definitely odd: briskets are cooked for eight hours in a Southern Pride rotisserie using only wood, no gas. This leaves them partially smoked. They’re then stored for a couple days in a cooler, then smoked for four hours in the old brick pits. This may be the weirdest smoking routine in Texas, but it’s hard to argue with the results. A thick black crust covers the tender beef, and there’s plenty of well-cooked fat with a deep and powerful smokiness that just isn’t found elsewhere in town.

Pro-tip: When Black's is busy, it staffs the cutting block on the left with the B team. Go to the one on the right.