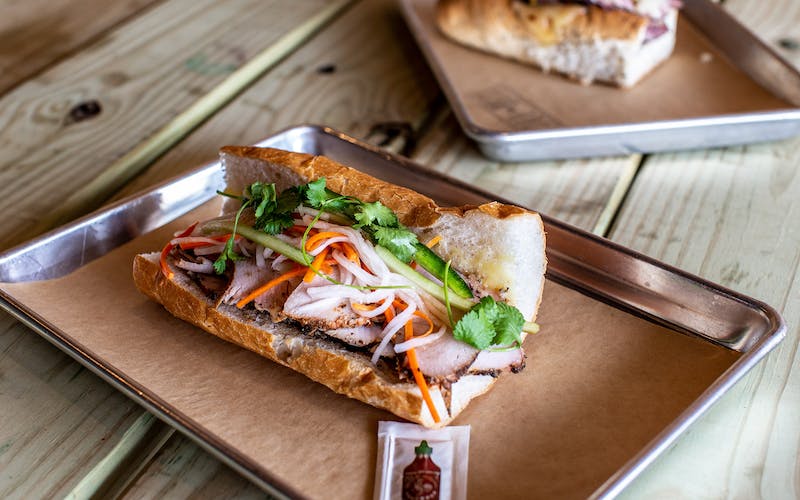 Many of Houston’s best eateries are tucked inside strip malls, and Blood Bros. is a great example. Owners Quy Hoang and Terry and Robin Wong, who grew up together in Alief, first cut their teeth at pop-ups around town; their brick-and-mortar location has become a bustling hub for inventive barbecue that reflects Houston’s diversity, drawing on Mediterranean, Asian, and Caribbean influences, among others. The menu varies day to day (though sausage, turkey, brisket, and ribs are always available), but you’ll be satisfied no matter what they have. To wit: the Wednesday we ventured over, we opted for the phenomenal char siu banh mi, smoky Gouda mac and cheese, a piquant jalapeño coleslaw, and the knockout brisket fried rice. Even after calling it a day, we’d already started dreaming of coming back to try the guava-glazed ribs or smoked brisket loco moco, a Hawaiian staple consisting of a brisket burger patty, a fried egg, and gravy made from smoked brisket trimmings on a mountain of white rice.

Pro-tip: A new menu is posted every day on this joint’s social media accounts.

Hours: Wed–Sun 11–3 or sold out (dinner is available Thursdays)