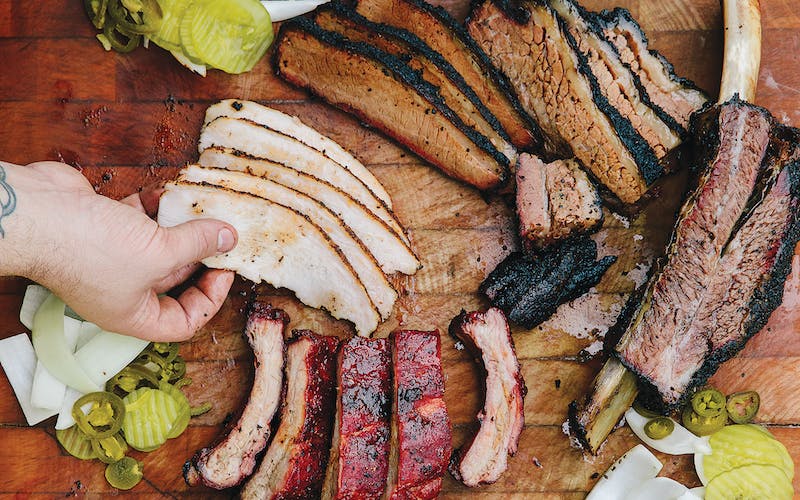 When one recommends Bodacious, it is common to get a “been there, done that” response; there are, after all, about twenty locations. But the Longview restaurant is special. First, it was first: pitmaster Roland Lindsey opened the doors of his barbecue joint in 1968. Second, the spice concoctions and smoking techniques are unique. Third, it’s still a family operation. Finally, with its hormone-free Angus brisket, sausage, pulled pork, turkey, and ribs, the original Bodacious also made our 2017 list of best barbecue restaurants.