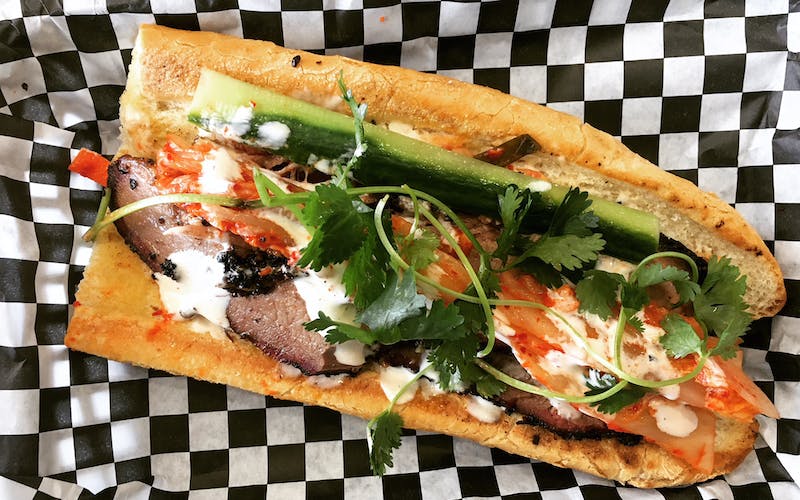 Owner John Brotherton, a dedicated barbecue aficionado turned pro, has visited all the joints on our past two Top 50 lists. So, he knows what it takes to build an impressive barbecue operation. He began with smoked meat sandwiches, which are still around; the popular Texas Reuben has been joined by new creations such as the Pflugerville Pfilly and the Texas Italian Beef, both made with brisket. He’s also expanded three times, recently adding a facility dedicated to making more varieties of sausage, including the impeccable boudin and beef links. But the backbone of Brotherton’s is the brisket. Each slice offers a stout bark and a rosy smoke ring that surrounds juicy meat so tender you just need to gently squeeze it between your thumb and index finger to break off one smoky bite after another.

Pro-tip: If you really like spice, take home one of Brotherton’s bottled sauces.