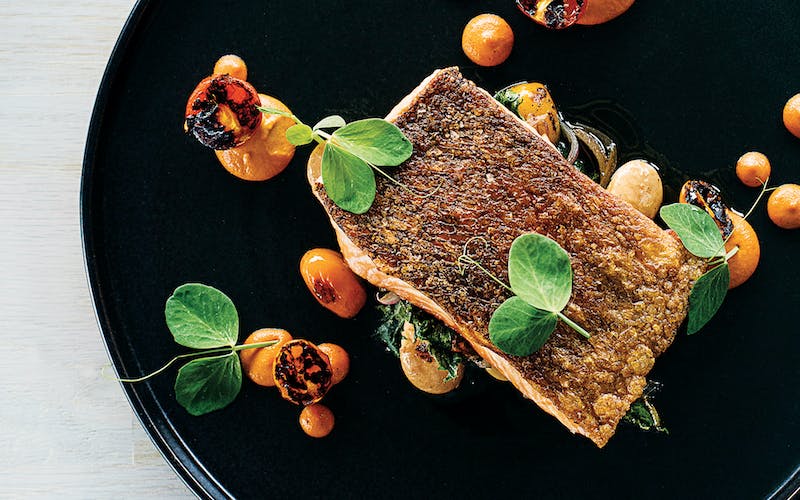 With Castle Hills’ Clementine, chef John Russ has answered an early promise with a fully mature menu and a casual neighborhood vibe that pairs beautifully with the dishes. We arrived early and were the first table to be served. Two leisurely hours later the place was full and overflowing with mostly locals and a few adventurous tourists who found their way to this suburban strip center. The Southern vibe (on trend but not overdone) shows up on small plates such as the delicate fried green tomatoes served with a perfect cornmeal crust and roasted jalapeño corn generously sauced with cream. Humble white mushrooms took a star turn in a salad dressed with an herby citrus vinaigrette, while squash and chicken livers were entirely soul satisfying, as was the grilled branzino. Don’t leave without the French press coffee and one of pastry chef Elise Russ’s delicacies. Service is attentive and informed.