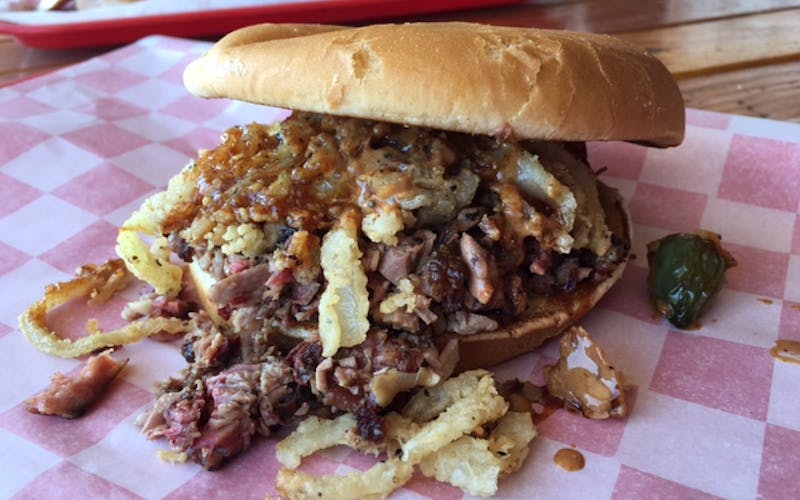 The brisket and ribs hold up just fine against other Waco barbecue joints, but diners looking for barbecue greatness should stick to Coach’s barbecue on a bun options. Six signature sandwiches are offered, and the Coach’s Stack is a good place to start. Sausage and brisket are chopped together Mel-Man style, then topped with fried jalapeños, onions, and sauce. It sounds and looks like a mess, but a magnificent mess it is. The soft and fatty brisket meets pleasantly chewy bits of sausage, and is topped with the crunchy saltiness of the onions. Jalapeños give it a bit of heat, while the sauce brings the sweetness. Coach’s infamous smoked burger is a must. At a half pound, it’s no small burger, but still gets swallowed by a bun one size too big. There’s a bold smokiness, and the entire depth of patty is flavored from the seasoning.