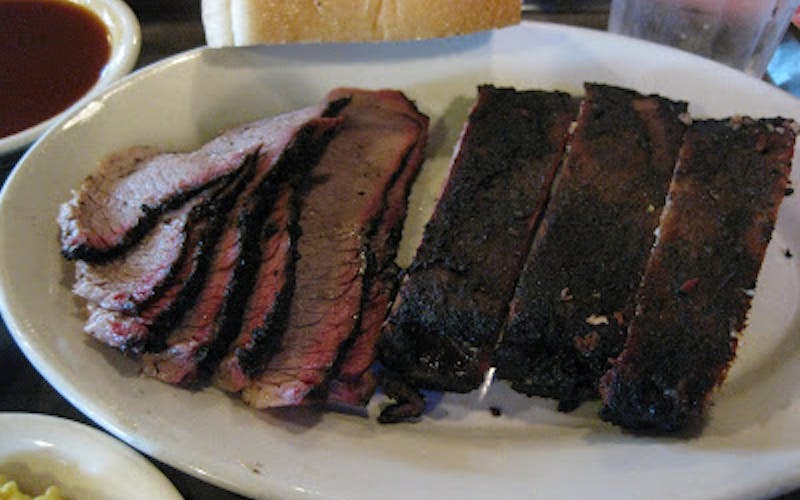 The brisket has a substantial black crust with a deep smoke ring creating a robust smoky flavor. The meat was trimmed a little too clean for us, but still had good moisture, and it was just chewy enough to be satisfying on the teeth. Ribs would have had the same crust, we’re sure, if not for the thick rub heavy on the chili powder that it applied far too liberally. The meat beneath it was beautifully red and juicy. Each bite had good smoke flavor with a hint of sweetness from the rub, but there was just too much rub competing for the attention of my taste buds. We wanted more of that good hickory smoke to shine through.