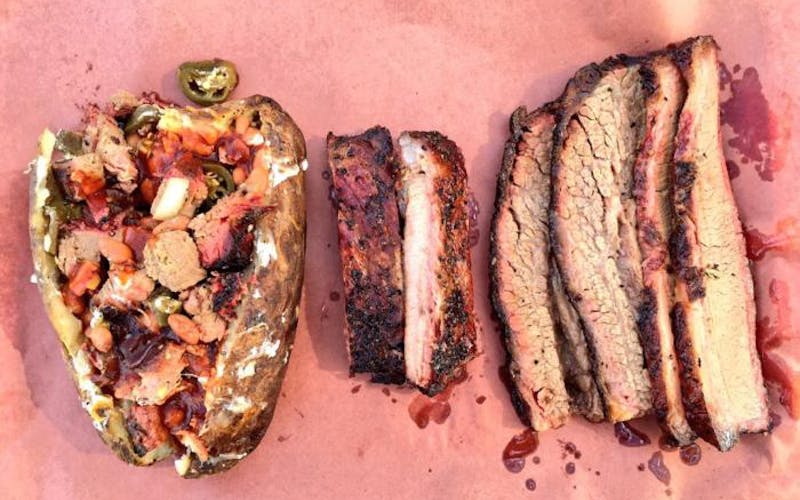 Desert Oak’s plastic utensils hint at how tender the meat is. Even though we wandered into the diminutive joint shortly before closing time and bought the last bit of the day’s brisket, the meat was still pliable and savory. But we were especially surprised by the sublime smoked sausage, the soft threads of pulled pork accompanied by a vinegary Carolina sauce, and the El Paso Stuffed Potato, slathered in butter, cheese, and sour cream and bountifully topped with beans, chives, chiles toreados, and brisket. The sides held their own too: we’d eat the green-chile cheese rice every day, as well as the mustard-forward potato salad. We felt a little guilty when a regular came in hoping for brisket, but he seemed perfectly happy with sausage instead.

Pro-tip: Add some tangy chiles toreados, which are grilled over oak coals, to your meal.