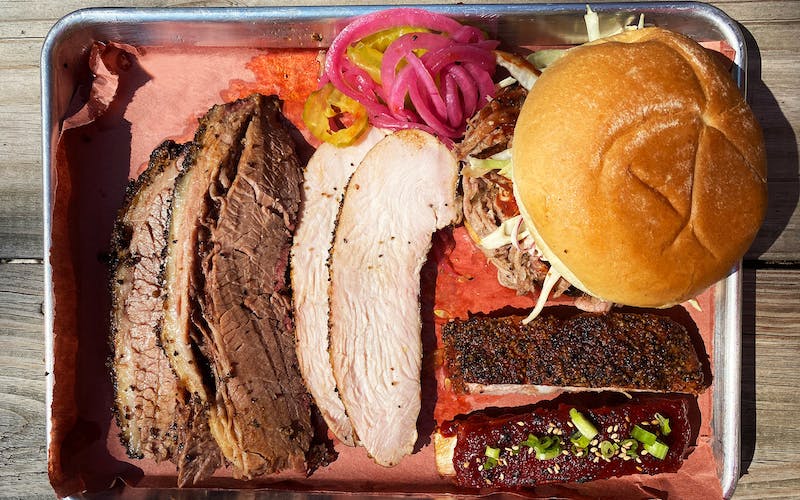 Wedding-venue shoppers and wine enthusiasts can now add smoked meat to the list of reasons to visit the Burg. After three years of cooking ’cue out of a food truck near Houston, Lance Eaker and his wife, Boo, took off for the Hill Country in June and opened this brick-and-mortar. While the traditional meats and sides are solid, it’s Seoul-born Boo’s South Korean influence that sets Eaker apart. The spicy gochujang pork ribs are marinated, smoked, and then flame-blasted with a butane torch right before being served with a topping of green onions and toasted sesame seeds. And it turns out that the house-made kimchi rivals Topo Chico as the perfect fizzy palate cleanser between bites. As for dessert, if you order the lemon cookies, you’ll get three of them. You’ll likely find that’s not enough.

Method: Mesquite and a bit of post oak; offset smoker