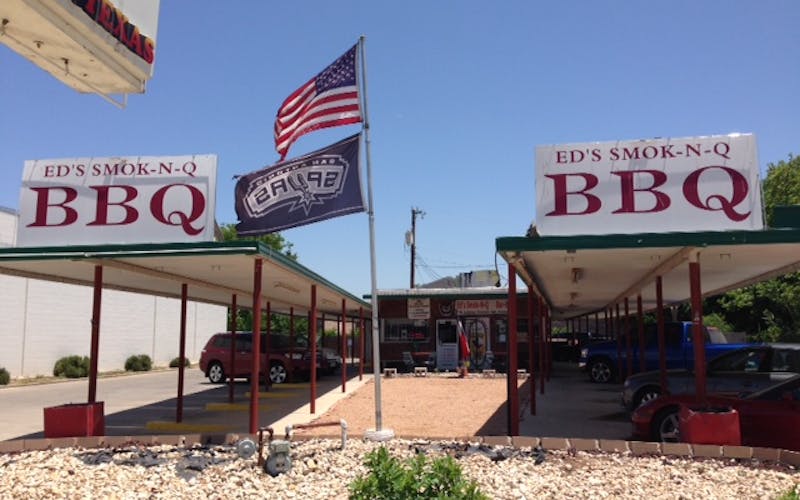 A renovated Sonic on the east side of San Antonio, Ed’s Smok-N-Q has the recognizable red awnings and angled parking spots, but the Sonic speakers boxes and car hops are long-gone. Ed’s has a decent brisket, though not the city’s best. The pulled pork tacos are Ed’s standout. Ed’s pork is spectacular. It has got to be pulled to order because the meat was incredibly juicy with just enough salt and not too much smoke. It might be a contender for San Antonio’s best pulled pork, and it’s probably the best item at Ed’s. Get the brisket if you must, but don’t skip the pulled pork.